There are so many different types and aspects of lace with the name Brussels placed in front of them that it would seem as if the Belgian capital had cornered the market in lace production.

Belgian or Flemish lace was without doubt one of the premium centres of Europe for hand lace production and many towns in the area had their own proud tradition of lace making. One of the reasons for Belgium being so much a centre of lace production was the high quality of flax grown in the area, so much so that the annual flax harvest and linen production was jealously guarded. Lace making has always had linen at its core and the quality of this raw material can make the difference between good and great lace production. However, it is the quality and skill of countless lace makers that really gave Belgian lace its well-deserved reputation.

Although Brussels lace itself originated in and around the city, it would be a mistake to assume that all lace examples with Brussels in the title, originated there. Like so many types of lace across Europe, the origin name is often just that. Brussels lace was reproduced as a type, rather than as a source.

Brussels lace seems to have originated in the fifteenth century when both Spanish and Venetian lace, the most valued lace of the period, was at first copied and then expanded upon, eventually producing original types and styles. By the sixteenth century when what is now Belgium was part of the Spanish Netherlands, the Spanish influence on many aspects of life and the arts must have been much more pervasive and obvious. 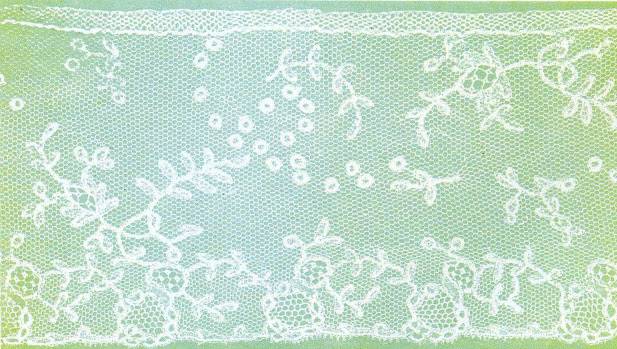 Brussels lace makers, producers and retailers kept pace with the changing decorative styles and fashions of Europe. Therefore, lace can be seen in Renaissance to Rococo styles and patterns and beyond. Some believe that this led inevitably to an element of degeneration from the elegance and originality of the early Brussels lace. However, constant renewal by following the fashions of the European decorative arts did keep Brussels lace as a sustainable craft for generations.

Partly because of the high quality of production, but more importantly because of the standard of the linen used, Belgian lace was one of the last lace areas to be imitated in the nineteenth century by mass production machinery. However, for a long time this imitation was less than successful and machine copies could easily be identified even by the non-connoisseur. 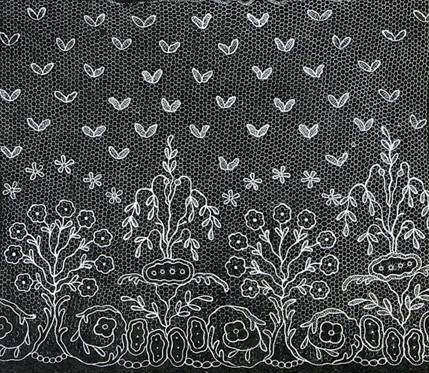 Interestingly, Brussels lace was never confined to individual workers and a number of people could be employed to work on a single lace piece. It is thought that this habit originated when the popularity of Brussels lace was so high that it was difficult for supply to keep up with demand and therefore intensive production had to used.

The illustrations provided for this article give some indication as to the breadth and variety of what can be considered Brussels lace, which is after all a fairly broad definition. Admittedly, not all examples could be considered true Brussels lace. However, they are featured so as to give a well rounded idea as to the variety of production, but also to give some indication of the often complex and confusing subject of lace naming.

This article was originally published in the 'Design, Decoration, Craft' Blog.