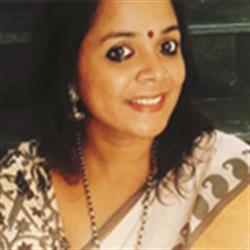 Bagging to differ
The Association of Sarva Seva Farms (ASSEFA) was founded in 1969 as an agency to provide guidance and assistance to allottees of land under the Bhoodan Movement or "land-gift" movement launched by Gandhian Vinobha Bhave for raising agricultural production on the newly-allotted lands. Nisha Subramaniam of ASSEFA reveals to Meher Castelino the story behind Sura, which was started for the fisherwomen in Cuddalore to empower them by creating a variety of products from cotton fabrics.

Tell us about ASSEFA.

The ASSEFA (Association of Sarva Seva Farms) was started for the development of Bhoodan families. "Sarvodaya" (welfare of all) is the guiding philosophy of ASSEFA as expounded by Gandhi. All persons are equal in the social order. Sharing the produce of their labour, with the strong protecting the weak and functioning as their trustees, ASSEFA was the second phase of Bhoodan, the Gramdan movement of the 1950s which was one of the greatest socio-political movements under the leadership of Acharya Vinoba Bhave. In 1968-69, the Tamil Nadu Sarvodaya Mandal established an organisation named ASSEFA in collaboration with the Tamil Nadu Bhoodan Board and Movimento Suiluppo E Pace (MSP) to uplift the social, economic aspects of Bhoodan-Gramdan families.
In 1969, the first Sarva Seva Farm was established at Sevalur (Ramnad district) in Tamil Nadu as an experiment for the benefit of 35 Bhoodan allottees owning and managing 70 acres of farms. The efforts of S Loganathan brought success and generated enthusiasm among the people and the team of workers.
Aligned to this intention, ASSEFA has created agriculture and dairy-based communities to support the poorest of the poor. Recognising the role of education in social transformation, ASSEFA has set up over 100 schools, mostly in rural and interior Tamil Nadu, aspiring to work with schools and communities. ASSEFA has multiple projects across the following themes: health, agriculture, livestock and education.

Where does Sura fit in?

A group of mothers in Chithiraipettai village in Cuddalore, Tamil Nadu, angry about rising education costs, wanted to spend their 7-8 hours of "leisure" time meaningfully to support their children's education. Microcredit schemes helped them buy their own sewing machines and start sewing classes. Sura was born out of the struggle to pay school fees and loans. The mothers decided to create products and sell them to cover expenses. That was the beginning in August 2017, and today, with the continued support of ASSEFA, they are designing, stitching and selling bags and generating income for their families.

What does the word Sura mean?

Sura is the Tamil word for 'shark'. Sura represents the fisherwomen community, their fighting spirit and power. The women chose to call themselves Sura to connect to where they come from-the fisherfolk community-and to their fighting spirit. Team Sura took microcredits and purchased sewing machines in July 2017. After training, the first batch of classes started right away, and the first lot of bags was sold in August last year.

How does ASSEFA help in the running of Sura?

Is Sura the only brand of products in fabrics, or are there others that ASSEFA has created?

ASSEFA is currently working to revive 'Karungani cotton', an indigenous variety of cotton. About 300 farmers have come together for this purpose in rural Madurai. Karungani is an indigenous cotton of Tamil Nadu, cultivated especially in the southern rain-fed districts. It has the capacity to withstand drought and shows a high level of pest resistance. Farmers cultivate it through the mixed cropping system along with coriander, pulses, sorghum and castor. It belongs to the species G.arboreum (an old-world cotton). Experimentation on the fabric is currently on, and successful demonstrations reveal that fabric can be woven from this cotton. It can be used to create t-shirts by knitting and dhotis by weaving. This has peaked interest among the people. Earlier, Sahaja Samrudha had conducted the experiments, and currently the project is being strengthened through partnership with ASSEFA. 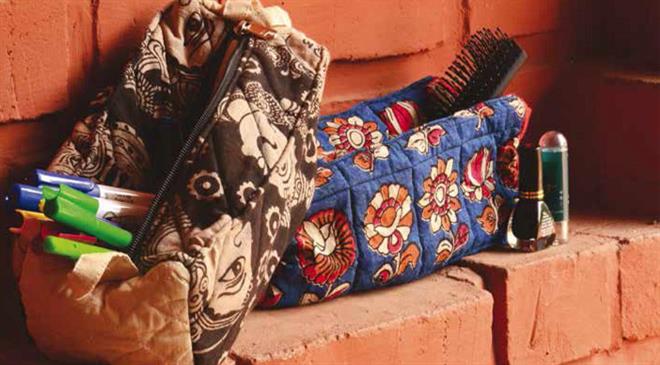 Who are the people heading Sura?

The Sura team is led by Vaanvizhi, Madhu, Senthamizh, Shobana and Chinnamalar who are operating with a spirit of collective leadership and decision-making. My team member Shivaranjani, who works as a community lead with the Cuddalore ASSEFA project, and I handle marketing. We facilitate spaces for collective decision-making and problem-solving.

What is the purpose of Sura? What are the products being made? Where are those available?

Sura exists as a proof point to establish that in disadvantaged communities financially secure families go a long way in supporting the future generation of a community, and also to explore the power in women in contributing to financial sustainability of a family.
Team Sura has created bedcover sets, divan and cushion cover sets, cotton totes, sling bags, pencil pouches, lunch bags, gift bags, denim totes and wedding give-away bags. We are also keen to explore new designs and seek inspiration and orders to expand our repertoire. The prices range from ₹50 to ₹350 and, for bulk orders above 50 pieces there are revised prices. The products are sold mostly online through Facebook/Instagram/WhatsApp.
Published on: 14/08/2018

Denim will always remain in vogue