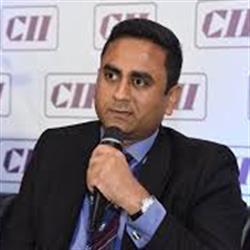 Local waste-based raw materials have huge potential
Efforts are on to harness agricultural waste and this October the world's first clothing made from wheat straw was showcased at a sustainability conference. The future is indeed set to see biomass being classified as the finest alternative to produce energy and textile fibre. Leading these initiatives is Fortum, a clean-energy company that provides its customers with electricity, heating and cooling as well as smart solutions by making optimum utilisation of biomass. Fortum's Bio2X programme is part of bio-based solution, wherein by using fractionation technology, efforts are made to transform biomass and agro-residues into multiple sustainable high-value end products. Head of the Bio2X programme, Fortum India Faizur Rehman discusses with Fibre2Fashion the potential of textile fibres made from biomass and agro-residue.

What is the amount of biomass and agro-residue produced annually in India? What amount of it is used as raw material?

It is estimated that 686 MT gross residue is available in India on an annual basis from the 39 crop residues generated by 26 crops. Out of this, 545 MT is contributed by cereals, oilseed, pulses and sugarcane crops together; 61 MT by horticultural crops (coconut, banana and areca nut) and 80 MT by others (cotton and jute).
At the crop group level, cereals contribute the highest amount at 368 MT (54 per cent) followed by sugarcane at 111 MT (16 per cent). At the individual crop level, rice contributes the highest amount of 154 MT gross residue followed by wheat (131 MT). Considering the surplus portions of residues available from the crops, the annual national potential is only 234 MT, i.e. 34 per cent of gross residue generated is available as surplus.
Cereals contribute the highest amount of surplus residue (89 MT) followed by sugarcane (56 MT), others (47 MT), horticultural (23 MT), oilseeds (14 MT) and pulses (5 MT). At an individual level, maximum surplus residue is contributed by sugarcane (56 MT), followed by cotton (47 MT) and rice (43MT).
Although rice produces the highest amount of gross residue among all the crops, its surplus residue production is less than sugarcane. This is because rice residue (husk and straw) has more competing uses (cattle feed, animal feed, packing material, heating and cooking fuel) than sugarcane (bagasse, leaves and tops).
The residue potential varies significantly among the states in India. In terms of gross potential, it ranges from a minimum value 0.21 MT in Mizoram to a maximum of 121 MT in Uttar Pradesh. Uttar Pradesh is one of the agriculturally advanced states of India. Sugarcane is widely cultivated in the state followed by wheat and rice. Together these three crops contribute more than 90 per cent residue generated in the state. Punjab, another agriculturally advanced state of India, produces 83MT gross residues annually.

Tell us about the biomass fractionation process for fibres and chemicals used for textiles applications.

Under the Fortum Bio2X fractionation process, lignin, hemicellulose, and cellulose can all be separated with fractionation technologies, in a form and purity that allows their value-added use.

What applications do you see in the textiles industry for fibres developed from biomass and agro-residue?

Agricultural waste which is burned in fields across states around Delhi would be enough to replace over half of global cotton production by building biorefineries and textile fibre production plants to make efficient use of biomass. This would help improve air quality and CO2 levels considerably.
Exploring a feasible application of agro-residues will lead to environmental as well as most sought after socioeconomic benefits to the farmer community of India. The problem of handling agro-residues muddles the farming economies as well as creates a liability on the health of environment. Agricultural waste produces large amounts of biomass that are classified as natural fibres, and until now only 10 per cent are used as alternative raw materials for several industries such as bio-composites, automotive component, biomedical and others.
Although textile applications offer a relatively high value addition and a huge market for consumption of fibres from agro-residues, they require fibres of high quality. Locally available waste based raw materials have huge potential in the circular economy. For example, a massive amount of straw is burned in Asian countries, causing significant emissions that contribute to climate change. In the future, the biomass will be classified as the finest alternative to produce energy and textile fibre. It is sometimes assumed that residues are wastes and therefore by definition more or less 'free'. However, in practice it is unwise to assume so. In a monetised economy, even where residues are at present freely available, everything which has a use will, sooner rather than later, acquire a monetary value.
The agricultural waste fibres are of notable economic and cultural significance all over the world and are used for building materials, as a decorative product and as a versatile raw product. Agricultural waste fibres also have significant potential in composite due to its high strength, environment friendly nature, low cost, availability and sustainability. The agricultural waste is one of the most important problems that must be resolved for conservation of the global environment.

Tell us a little about your collaboration with Spinnova and the wheat straw fibre.

Spinnova and Fortum showcased the world's first clothing made from agricultural waste-wheat straw-at the Textile Exchange Sustainability Conference in Vancouver this October. The showpieces include a knitted t-shirt, as well as a jacket and skirt made of a woven fabric on organic cotton warp. The prototype material is unique also due to its extremely low environmental impact from raw material extraction, processing and manufacture, verified by lifecycle analysis (LCA). Wheat straw is mostly discarded or even burned in the fields. Now that it can be used in numerous textile applications, it opens huge possibilities globally. Our cooperation is a concrete step towards Fortum's strategy to build options for significant new businesses that improve resource efficiency and provide smart solutions for a cleaner world.

How much time and research went into developing the fibre? What are its key characteristics?

Fortum started the Bio2X programme 8-10 years ago with the desire to optimise biomass utilisation. Some of our key partners are in development of technology for more than two decades. The lab results of fibre produced out of biomass are very promising. We are aiming to replace cotton and other commonly used textile materials; hence, sustainable fabric needs to give same feel to end users.
Published on: 17/12/2019

Market for socks growing at 11%

Move 100% of premium threads to fully recycled products by 2024