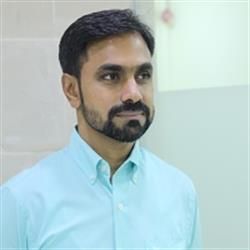 More supply chain solution hubs to open across India
German company Lenzing produces pulp and fibres and partners with spinning mills, weaving mills, knitting mills, dye works, clothing manufacturers, fashion brands and retailers. Its fibres are used in apparel, including denims and lingerie, home textiles, nonwovens and industrial applications. It also sells biorefinery products and co-products. Avinash Mane, the group's commercial head for South Asia, spoke to Fibre2Fashion about adoption of its Tencel fibres and its partnerships in the subcontinent.

Lenzing introduced Tencel as the official textile brand for all apparel and home applications two years back. How has the progress been from there? Has the consumer focused Tencel been able to achieve its goal, more so in India?

In 2018, Lenzing AG unveiled its product brands that cater to different industries. Tencel is our specialty fibre brand for all apparel and home applications. Tencel included lyocell and modal fibres. We also launched Lenzing Ecovero specialty viscose fibres the same year. This roll out was part of our focus on business-to-business-to-consumer (B2B2C), where we intend to engage with trade and consumers together to create the right awareness needed for sustainability in textile applications.
The response has been phenomenal so far. We have increased our presence across all categories of apparel and home products. From presence at premium design labels like Rajesh Pratap Singh, Ritu Kumar and Anita Dongre to popular retail chains like Levis, And, Global Desi, Jockey as well as D'décor, our product presence is strong across the country.

What is the market size of Lenzing's various Tencel sub brands in India right now?

The largest share is of Tencel branded fibre application in general outerwear, followed by Tencel Intimate which goes into innerwear and loungewear categories. We then have Tencel Denim, Tencel Home and Tencel Active.

You were planning to increase your Tencel production capacity by 2019 at your plants in Thailand and the United States. How much has the production increased by now?

The demand for sustainable Tencel fibres is continuously increasing and we are expanding our capacities to maintain the requirements. Towards this, we are moving strongly towards completing our Thailand expansion for 100KT Tencel lyocell by 2021 end.

You also introduced Tencel for footwear last year. Which are the footwear brands that have adopted it till now?

There has been a lot of global adoption by brands like Allbirds, M&S, Converse (Japan), Reebok, Toms, Camper, Solidus to name a few. In India, we are in discussions with certain partners.

How different will the new carbon neutral Tencel fibres be than the existing Tencel fibres in terms of lower carbon emissions and energy consumption across the supply chain? What is the process of deriving such fibres?

We have further reduced our carbon footprint to achieve carbon neutral Tencel fibres. Lenzing is working with Natural Capital Partners. To become certified as carbon neutral, we took five steps that their CarbonNeutral Protocol outlines:
By working along with these five steps, Tencel has been granted the CarbonNeutral product certification by Natural Capital partners and can claim to have a carbon-neutral fibre.

Where will the new carbon neutral Tencel fibres be produced at? Is it the existing production facilities or some other place?

These fibres are currently produced at Lenzing in Austria and will be soon extended to all our locations.

How is Lenzing's carbon-zero journey based on science-based targets? What is the scope, timeframe, etc defined as such?

Guided by science-based targets to facilitate the seamless transition of Lenzing's carbon-zero journey, Lenzing will deploy four key levers that cover energy efficiency, reduction of fossil fuel use, integration of pulp and fibre production facilities and ongoing investment in new technologies to reduce carbon emissions.
To ensure energy efficiency, key measures like replacing inefficient pumps, optimising current technologies, efficient planning and further reduction of losses for energy saving have been adopted. By switching from high-carbon fuel to low-carbon or carbon-neutral fuel and scaling up in the use of renewable grid electricity, reduction of fossil fuel use can be achieved. The integration of pulp and fibre production facilities has also been conducted, ensuring renewable bioenergy is used for fiber production. Energy saving measures are also achieved by avoiding pulp drying and excessive pulp transportation.
Finally, both the Tencel brand and Lenzing will continue to invest in developing technologies to decarbonize heat generation.
Published on: 19/01/2021

In final weeks of going live with new ERP, DTC and B2B website

Our technology enables dyeing to be performed in areas with poor availability...