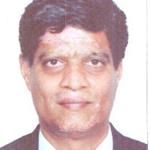 Indian economy ready to take off
The Oerlikon Group operates through three major segments-surface solutions, manmade fibres (MMF) and drive systems. Headquartered in Mumbai, Oerlikon Textile India Pvt Ltd with its brands Barmag and Neumag has been active in MMF spinning for the last 30-35 years. General manager Atul Vaidya explains the need to focus on the production and innovation of polyester.

What is the global market size for MMF? What is the expected growth by 2023?

Which are your major markets in India? Where do you see prospects?

Oerlikon Textile India Ltd (OTIL), a 100 per cent subsidiary of OC Oerlikon AG, Switzerland, is today responsible for the markets in India, Nepal, Bangladesh and Sri Lanka. Till now, most of the market for OTIL has been India itself. However, we see a lot of potential developing in the neighbouring countries.

What is the contribution of Oerlikon India to the Oerlikon Group?

The textiles market in general and the MMF market in particular is cyclical with high peaks and deep troughs. So, the contribution that India makes to the group varies based on the worldwide market scenario as well as the local situation. In view of this, the contribution that India has made to the group varies from 11-15 per cent in the last couple of years to a low of 2-3 per cent of the worldwide turnover. But the interesting part is that the trend of contribution of India towards the group is improving and we expect that this trend will continue. Going forward, the government has identified textiles (along with some other sectors) as having high potential for employment generation, and hence will receive special attention in policy formulation for developing this sector. If all the plans/expectations on paper transform into reality, we can expect significant growth in the MMF sector which will make India one of the major contributors to the group's turnover.

What are your thoughts about Industry 4.0? Is India ready for it?

Personally, I am very much excited about Industry 4.0 due to the wonderful possibilities that it presents in the future. On the one hand, I guess it has the potential to transform the structure of traditional industries. There are examples where traditional industries have lost their base to pure software companies which have utilised data in a smart way. On the other, it is also offering these traditional industries huge insights about the key drivers of efficiency and productivity which will drive innovation in the future. Oerlikon is already active in these fields and has several interesting ideas in the field of Industry 4.0 which we plan to implement in the near future. Surely there are customer segments that are embracing the development and expecting big improvements in efficiency and productivity; however, there are segments that still have a lot to catch up.

Where do you see the application of MMF growing? What is the future global demand of MMF going to be like?

It is now a very well-known fact that natural fibres like cotton have limited possibilities of growth given the fact that it has to compete with food crops. Considering the growing population to be clothed, MMF is the only alternative in the future. From this point, the textile segment of MMF will continue to grow strongly in the developing countries. Similarly, industrial applications in fields like nonwovens, automotive, geotextiles, etc, will show significant growth in the developed world. The growth of MMF is strongly linked to the economic growth of the region. This applies not only to the individual countries but also worldwide. From this point of view considering a worldwide growth of 3-3.5 per cent in global GDP, the MMF sector should also show a similar growth.

Which specific categories of machines by Oerlikon are popular in Asia?

There is a very interesting aspect in the demand in this part of the world. Traditionally, India and the surrounding areas are cotton-growing countries or agriculturally-dominated countries. As a result, the cotton-growing farmers have always found favour with the governments. They have been taxed compassionately and on the other hand polyester has been taxed as a rich man's fabric. However, the reality is opposite. Due to this lacuna in the system, the cotton blending sector i.e. the polyester staple fibre (PSF) never really took-off. Consequently, the filament spinning business flourished which is then used to produce 100 per cent polyester woven fabrics commonly used in sarees and dress materials.  As a result of this scenario, at Oerlikon for the past several years, the filament spinning machine category is most popular. However, once again, due to the changes in the tax structure and the comparative price situation of cotton and polyester, we see the PSF spinning sector doing well in the future.

Which other segment in the textile value chain at Oerlikon will become active in the near future?

We have strong expectations from the industrial application sector. India and the surrounding areas lack in this segment, but we hope it will get active soon. Conventionally, this sector develops in tandem with the economic growth or industrial growth of a country or region. We believe that this inflection point will be reached soon specially in India.

How is the response to Sytec One? Do you plan to bring the "increase in speed" factor in the rest of your machines too?

The response to the Sytec One is encouraging, but it is targeted for a specific market. In India, the BCF market is for commodity products and is in developing phase. Any new innovation has to make sense and add value to the customers. Therefore, if the 'increase in speed' factor will make sense in other machines, then only it will be considered.

What are the future plans at Oerlikon India? Any expansion plans?

Oerlikon with its brands Barmag and Neumag has a very strong presence in India and the surrounding countries. If one looks at the statistics till 2018 then for the polyester filament spinning sector we have a market share in excess of 55 per cent.  Recently, we inaugurated our state-of-art service centre in Vadodara, Gujarat. This service centre is equipped with a mechanical workshop, spare parts station, electronic repair workshop as well as a training centre. We plan to further strengthen the local support in India so as to serve the Indian as well as the surrounding countries more efficiently.

Are you planning to expand your offerings in the manmade fibre industry?

In order to be successful today in the MMF market, the most sustainable business model for our customers is an integrated polyester fiber plant starting with PTA/MEG as raw material and producing the final polyester filament yarn ready for weaving/knitting.  Recognising this strong demand from our customers, we are now offering a complete solution under the tag line 'Melt to Yarn'. After the integration of the automation company AC Automation the tag line will be 'Melt to truck'. Under this concept, we offer a turnkey solution to our customers starting with feasibility study/report up to commissioning of the complete integrated plant for producing filament yarn or fibre. Furthermore, we also plan to focus not only as a plant manufacturer but also as a service provider. We plan to partner with our customers and offer focused consulting to become efficient and offer effective business in the changing market conditions.

What are your expectations from next two fiscals?

The last two fiscals were strong mainly due to utilisation of capacity programme of our customers to improve efficiency and rationalisation of operative expenses. We believe that the Indian economy is now ready for a take-off and when this happens one of the first industries to benefit is usually the housing, food and textiles. Consequently, our expectation is that the MMF industry is on the verge of take-off. (RR)
Published on: 09/07/2018

India, by my estimates, is a much bigger market.

Skilled labour is an issue in every industry

The slowdown in emerging economies is due to increase of labour cost in China...