The combined market size in India is roughly 4 million tonnes annually. POY is an intermediary product and it cannot be used for making fabrics. It has to be made either into DTY or used as draw wrapping. But there too it has to be made like FDY. So, in the finished product, POY is used in the form of FDY or DTY. So, the final products are only two-FDY and DTY, that are used for making fabric and other things. 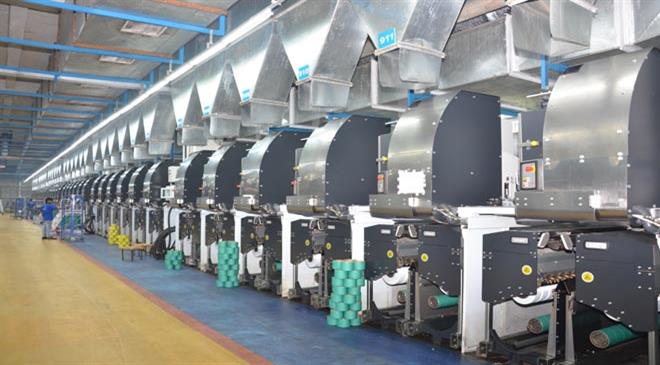 What is the market size separately for FDY and DTY?

What are the applications of FDY & DTY?

Both are used mainly for manufacturing polyester fabrics. They can also be used for home furnishing and garments. These yarns are used as a combination or individually depending on the quality of fabric that is being made. Yarn is chosen depending on the kind of finish that is needed in the fabric. Our customers keep experimenting and make new fabrics.

What are the latest innovations taking place in this industry?

Not much. There are very minor innovations taking place like different feel is being given to the yarn. There is one innovation which we do not make-air-texturising-in which a slub effect is created in the yarn by air.  In the next expansion, we are planning to install some air-texturising machines. Otherwise, innovations are only there to give a feel that is much closer to wool or much closer to cotton so that we can be as close to the natural fibres as possible in the kind of properties and the feel that it gives to a person. It is because everybody aspires to be close to the natural fibres.

Who are the leading players in this sector?

What is your outlook on the global textiles market and its future?

The global textiles market depends on prosperity in the world. It is because, beyond certain income, the growth in textiles is much more than the average growth. If the worldwide GDP is growing at three and half per cent annually, then the textiles growth has to be slightly more than that. That is the normal benchmark.  With the population and prosperity increasing, the spending on fabric and garments is always more. India has a large working population and a large domestic base; so, it can take up growth in the textiles industry. For China, on the other hand, with its reducing working population and wages going very high, it will be difficult to take up similar growth.
If we see history, textiles has been a low-wage industry. So, wherever the wages have gone up, the textiles industry has moved away from those countries. The textiles industry started from England, then moved to Japan, Korea, Taiwan and now China. The niche of textiles will always remain in any country, but major production would not be there. All these countries, where wages are high, are technically on the negative textiles growth. So, most production is in developing and lower-wage countries. 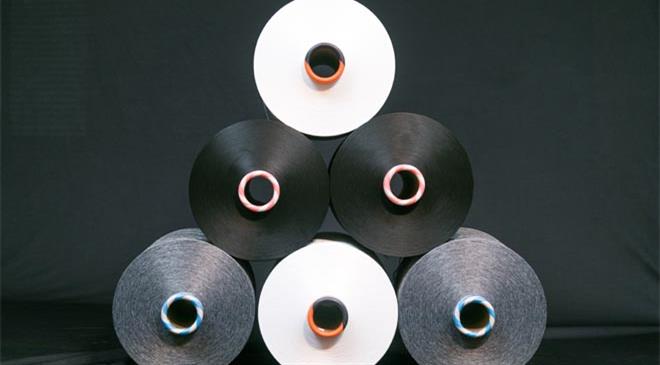 The process of manufacturing and the usage of manmade fibres takes a huge toll on the environment. What steps do you take to reduce your carbon footprints?

I don't think that is correct to say that 'it takes a toll on the environment'. We are a zero-discharge company and whatever we are doing is all being recycled. So, it's a minimal toll, because the kind of energy we use to make yarn is almost five times lower than that used to convert natural fibre into yarn. To make one kg of cotton yarn of the same thickness, the energy requirement and the manpower requirement is roughly 4-5 times than what is required for making polyester filament yarn.
For example, we make 150 dernier which is equivalent to roughly thirties count in cotton. The thirties count would require 4-5 units per kg to be converted into yarn from raw cotton. Whereas from PTMEG to yarn, it requires less than one unit. And similarly, the number of manhours needed will be again 4-5 times and accordingly capex (capital expenditure) would be more. So, it's a myth that cotton textiles require less energy and pollute less. When you consume more energy and more manpower and more capex, of course everything comes at a cost. The cost is also the environment cost and the energy is, of course, the most polluted, because the main source of energy worldwide is still coal.

What is Filatex's USP in comparison to other leading players?

Our USP is to give consistently good quality and service to the customer.

Are your products exported or you are confined to the Indian market?

Our main products are DTY and FDY. DTY exports are good and we are exporting around 40-50 per cent of our production. FDY export is very less since we are not competitive in pricing; in India there is a good demand and we get good price here.

To which markets do you supply your yarns?

Could you give us the break-up in terms of export and domestic market?

Last year, 20 per cent of volume was exported and the remaining 80 per cent went to the domestic market. Our main export is DTY, which is about 80 per cent, and the balance would be chips and some FDY. DTY is little more labour-intensive; so, India is more competitive in DTY than China or any other country globally. In FDY, China is still slightly more competitive than India in terms of pricing.

What is your annual production capacity?

We are now doing more expansion in POY and DTY. In this calendar year, we would be adding roughly 62,000 tonnes of POY and 72,000 tonnes of DTY per annum. So, almost 20 per cent of POY, i.e. we would be adding 40-60 per cent to our present capacity. So, in 2020, our exports would go up because that is the product which we can export more. And also, the realisation in DTY export is slightly better than selling in India. It is not that we export just for the sake of it; we export only when we get a better price. There is no compulsion of exports on us.

Which machines do you use in your plants?

The machinery in our initial plant is Chinese. They were two primary reasons for that: in POY, there is not much of technology involved compared to FDY, because the speed of the winder which runs is very high in FDY compared to POY. Another reason was that initially we didn't have that amount of money (needed to buy European machinery) and we wanted to grow big; so, we bought Chinese machinery. After the first expansion, whatever we bought in 2016 and 2018, everything has been from Germany.
As far as texturising (DTY) is concerned, Indian texturising machines are quite good and competitively priced. So, in India, mostly everybody has Indian machines in texturising. There are very few, may be not even 5 per cent, German machines that are 4-times costlier than Indian machines. In FDY, everybody would be having mostly a German or a Japanese machine as you need more quality machines there. For POY, there would be a mix of Chinese, Japanese and German. If it is texturising, then it is mostly Indian. It depends on what machines you want, you cannot generalise.

What is the annual budget allocated to the R&D of all your products? What are you latest research findings?

There is not much R&D happening in these products as they are commodity products. We do have people who do market intelligence of what the customer requires and based on that we develop the product. Expense-wise, we may be investing ₹1-2 crore a year; so, the percentage is nothing compared to the total revenue. Research finding is a continuous process, sometimes they (customer) say that they want a particular kind of a feel or a thing in the yarn. They might want less shrinkage in the yarn or less oil in it. So, we try and produce yarn according to their (customer's) requirements. Our product is not the final product; the final product is the fabric. So, once customers make the fabric, they explain to us what different kind of yarn they need. Then we have to develop accordingly, provide samples and meet their requirements. In short, we develop yarn depending upon customers' requirements.
Published on: 11/03/2019

Our ultimate goal is comfort of the consumer

We want to make systematic change throughout the industry

Brazilian farmers are committed to sustainability of cotton growing