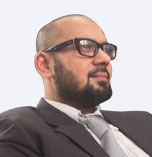 The importance of textile industry in the economy of Bangladesh is very high. According to you, what are the steps taken by the Bangladesh Government to improve the growth of the sector?

Overall situation was not that up to the standard. Few things may not be overlooked to identify the declining growth of the RMG industry. Some of the reasons are firstly, Non-value-added cost centers has been increased. Secondly, Growth rate has dropped a little bit thereafter, mainly due to the implementation of the 76.66 percent rise in minimum wage for entry-level workers in the clothing industry since December 1, 2013. Sustainable development hampered results from some of the worst industrial disasters. The US suspended GSP facility 'to punish' garment industry. There were series of workers protest rally demanding minimum wage and security by which eventually production has been reduced.

Minimum wage was fixed at Tk 5300 which 76.6% higher than the wages from the previous scale. Payment of compensation to the families of the killed, and to the injured to compensate their lifetime inability to earn. Exemplary punishment to those who are responsible for the disaster security of the work place and sustainability of the sector, to develop national capability. The government has taken steps to build dormitories for the female workers of the RMG sector. The government registered 90 bona fide new labor unions since Jan 2013…real unions….real partners for advancing workers’ safety and rights to the benefit of the industry and , of course, the workers themselves. The Government of Bangladesh and representatives of Bangladesh employers' and workers organizations have signed an integrated National Tripartite Plan of Action (NTPA) on Fire Safety and Structural Integrity in the garment Sector of Bangladesh.

The government has made huge progress in revamping the RMG industry during the last one year after the collapse of Rana Plaza. Government is trying to reinforce the speed up to the standard in RMG sector by all means. Recently government announce to set a planned garment village to provide better and secured work place for the RMG workers. Considering the political instability the government has put all her effort to regain acceleration in RMG sector and sustain in global market.

In conclusion, Bangladesh RMG industries are now passing through in a transitional period & the country is in turmoil with uncertainty. Government is taking initiative to come up with all the problem and solution to execute so that RMG industry will be so far so good in couple of years after.

Your group is a dab hand in yarn business. Please apprise us with your outlook...

What are the major changing trends in the global fashion market and the luxury...

What are the latest trends in the bedding sector? How big the market is...