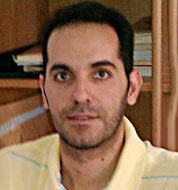 How is the cotton market faring in Greece? What is happening in the industries dependent on cotton?

From their side, international merchants have decided to work with fewer and selected suppliers that they can depend on during hard times. This can be easily justified by the new crop forward sales. So far merchants who are still active on the Greek market have purchased volumes of the new crop from maximum five ginning firms, openly avoiding the ginners who either default or just bring up problems whenever the market is not on their favor.

The Greek domestic spinning sector is suffering even more this season due to higher rates that banks are charging for their loans. Already a major spinner has decided to pause the operations of one unit while other big players feel uncomfortable with this situation. Unfortunately, the spinning mills survival is debatable this season in our country. Of course in case domestic consumption decreases to lower than 35,000 tons, our crop will become almost net exporting (more than 90%).

The only optimistic thing right now is the new crop status. According to cotton seed companies the acreage that will be professionally cultivated is about 290,000 hectares (100,000 hectares higher than last season). Replanting percentage was not higher than previous seasons but it seems so far that the crop is about two weeks late due to rainfalls and lower than usual temperatures. Growers believe that provided the weather becomes favorable cotton plants will partly recover.

Fibre2fashion has come up with an exclusive informative report on Cotton pricing in the important global markets along with monthly demand supply figures. To know more please visit the link:

What is your reading about the current world apparel market? What are the...