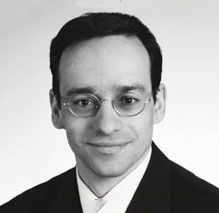 The global textile industry is currently going through a kind of consolidation phase and overcapacity is certainly the main challenge for the sector. The strong growth rates in developed as well as developing countries lead to an expansion of capacities and production prior to the global financial and economic crisis.
According to the ‘International Textile Machinery Shipment Statistics’ published by the International Textile Manufacturers Federation (ITMF), huge investments were made in new textile machineries in last ten years. Asia is recorded as a major investor of new textile machineries and about 50-90 percent of Chinese textile sector depends on machinery segment. As a result of this investment boom and the subdued global economic growth, the textile industry is facing overcapacities in many areas.
While fiscal and monetary policy measures prevented the global economy from a great depression, the global economic growth remains below pre-crisis levels with some European countries even suffering from a prolonged period of recession.
Volatile raw material prices were and are still an issue, especially cotton prices which are more exposed to fluctuations due to the weather changes and cotton policy decisions in various cotton producing countries. Another important challenge that the industry struggles with is lack of credit irrespective of the loose monetary policy of most countries. In many cases companies have difficulties to renew and/or to expand their credit lines as banks are reducing loans in order to improve their balance sheets and/or view the textile industry in some cases as an old-fashioned industry. Finally, the textile producers are faced with constantly rising input costs, such as, raw material, energy, labor, credit, while at the same time retail prices are often stable due to lackluster consumer demand in many industrialized countries. Therefore, the manufacturers find themselves often squeezed in the middle. The way forward for the industry is to look for ways and means to reduce input costs on the one hand and to innovate on the other.
This year the textile industry is undergoing another difficult year. With global economic growth remaining depressed and forecasts being revised downwards, the situation for the global textile industry remains a huge challenge. While 3-4 years ago the developing economies in China, India and Brazil were to a large extent not or much less affected by the global financial and economic crisis, these countries are now faced with significant lower growth rates that are having a negative effect on global demand for textiles and clothing.
The expansionary monetary policy of the central banks in the US, Japan, the UK, the EU and many other central banks is an indicator that the global economy is not running smoothly and that the demand situation is still unsatisfactory. In the short- and medium-term the global textile industry will need to consolidate. The overcapacity that has been building up over the past ten years with additional capacities that are already in the various pipelines coupled with a demand situation that is weaker than expected and hoped will result in foreclosures or textile companies that are not competitive anymore or mergers of companies to form stronger and better structures.
The imbalances that have been building up over a long period cannot be corrected over night. It will take some years until the global financial system has fully recovered from the great recession in 2008/09. While the global textile industry cannot decouple itself as a whole from these global developments, it is important to see that the long-term outlook is bright. With a growing global population, higher global GDP, constantly increasing per capita fiber consumption and new textile applications (i.e. technical textiles) the opportunities and chances for promising business models are given. In order to seize the opportunities it is indispensible to constantly adapt to a constantly changing business environment and to innovate.