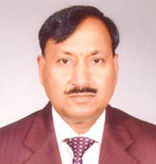 How do you see Tussar silk sectors flourishing in India?

Peninsular is full of food plants which are suitable for different eco-races of Tussar. Already Jharkhand is rearing Daba Eco Race on Seedha plant in addition to Arjun & Asan Plants.

Laria & Modia Eco races are now reared on Sal trees which are in abundance in forests of Jharkhand. This is a new break through.

In the country, the mulberry production is increasing about at the rate of 5% where as Tussar production is increasing at a much faster rate. In the coming decade Tussar will make its presence felt in & abroad. Tussar is reared in natural conditions so its production is influenced by weather and its predators. There is a need of research in different aspects of pre-cocoon activities and post-cocoon activities, particularly the impact of global warming & erratic rains. Both the factors affect the Tussar production at large. The awareness towards pure Tussar silk and customer views towards this elegant fabric is needed to be guided.

The customers for this elite fabric has always been a well defined market segment who value quality, uniqueness and the earthy essence which links them to the roots of culture & human values. Also the social responsibilities attach automatically to the customers who buy the Tussar silk which is produced with the hard efforts of the tribal & poor people.

Jharkhand Tussar is certified as organic as organic silk by an international agency. This has enhanced its acceptability in the international market too. Demand of Tussar fabric is increasing in the country also.