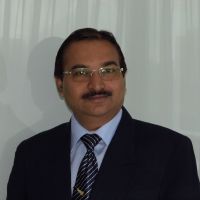 
What is the size of the cotton yarn and raw cotton market in India? What is the expected production for the next season? Which cotton blends are in demand? What percentage of yarn is purely organic?

India is producing around 4,000 million kilogram cotton yarn and around 900 million kilogram cotton blend yarn. It has remained constant since the last two to three years. There is a significant increase in spinning capacity motivated by the initiative of various state governments. This causes surplus supply of cotton yarn. India exports almost 30-35 per cent of yarn produced. Due to lack of demand from China and huge competition for exports to other markets, export of cotton yarn was hurt badly last year. So, we do not believe there will be any significant change in the coming year. However, demand for cotton blend yarn may increase significantly as major yarn players work hard towards developing this market.
Consumption of domestic cotton bales (1 bale = 170 kg) in India is expected to be around 310 lakh and export is expected to be 60 lakh bales, so total consumption will be 370 lakh bales. The total supply is 403 lakh bales. This means about 33 lakh bales will be surplus after this season ends.
In 2016-17, total expected supply will be 424 lakh bales. We expect export of cotton bales to touch a reduced quantity of 50 lakh bales compared to 60 lakh bales this year. This is mainly due to lower demand from Pakistan. Domestic consumption may increase by 5 per cent. This means consumption may be 325 lakh bales, so surplus cotton bales will again increase to 49 lakh bales against 33 lakh bales this year.
Expected global cotton production for 2016-2017 may be 104.35 million bales (i.e. 22.77 million metric tons). This is up by 4.8 per cent compared to 2015-16. The likely increase in production is largely attributed to the United States of America, India and Pakistan. There is no major increase in acreage because of extreme weather conditions and pest attack last year. Cotton yield is expected to recover next year.
We assume that production of cotton bales may be over 380 lakh bales in the coming year. As per reports from cotton growing areas, cotton sowing will be 10-15 per cent less in the coming season compared to last year. My target of cotton bales production will be over 380 lakh bales for year 2016-17.
Based on quantity consumption, polyester-cotton blend is still a favourite blend option, while various other blend options like cotton-viscose, cotton-modal, cotton-wool and cotton-acrylic also sustain demand. There has been significant increase in demand for blend of cotton-linen yarn in the domestic and international market.
Asian countries like China, India, Pakistan, Vietnam and Bangladesh will be the major consumers of raw cotton. China's cotton consumption has decreased in recent years but we expect slight growth in 2016-17.  Demand in India and Pakistan is expected to increase by 5-8 per cent, thanks to many government schemes for increasing industrial production. On the domestic front, the western region will be the main cotton consumer. This includes Gujarat, Maharashtra, Madhya Pradesh and Rajasthan. We expect significant increase in demand from southern regions such as Karnataka, Andhra Pradesh, Telangana and Tamil Nadu.
It is difficult to determine what percentage of cotton yarn and raw yarn is purely organic, as most organic cotton and yarn samples fail the DNA test in international forums, even when they have valid transaction certificates provided by suppliers. Now, farmers and producers are shifting to BCI (Better Cotton Initiative) from organic cotton due to ease of farming, mass balancing system and on-line transfer of BCI units without any paper work.
The advent of BCI and failure of organic cotton to give the expected 10 per cent higher price than conventional cotton has led to reduction in the area under organic cotton in India. So we believe that BCI will take a lead over organic cotton production in India till 2020.