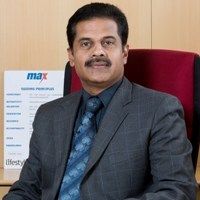 Tier II and Tier III cities are predominantly unorganised where local family-owned shops are key players. But we see the apparel retail market getting organised. Today, consumers from these cities are more exposed to international fashion and trends due to exposure to metro cities. Retail spaces like malls and shopping complexes are growing in Tier II cities. Traditional high-street retailers are now willing to offer franchisees to brands. This is pushing Tier II and Tier III cities to become more organised.

Max is present in 55 cities across India. Landmark Group’s presence in Tier III cities is growing with the launch, last year, of its apparel and footwear private label, Easybuy. This caters to the value segment. Easybuy is cheaper than Max and looks at regional tastes. It will be opened at district headquarters of Tier II and Tier III cities. It operates on the franchisee format and has been received well. So far, 15 stores have opened. We will be opening 25 more stores and are focussing on growing in southern India. In the next three years, we plan to expand to other regions in India.

Denim is a strong category. The dominant demand for denim comes from men. It sells round the year but sales in autumn/winter are relatively high. Stretch fabric in denim is critical for growth. Wash innovations are working well in womenswear. In kidswear, for the age group 8 to 14 years, denim is a staple. The only segment it is not popular, because of the roughness of the fabric, is for infants.