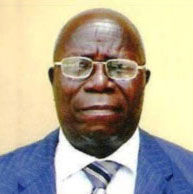 What is the significance of textile and garment industry in Nigeria? What are the present challenges faced by it and what steps are being taken by the Government for revival of the sector?

While the textile manufacturing part of the textile value chain in Nigeria is well organized/structured, the garment section is not as organized.
Until last decade the textile industry was the largest employer of labour in the organized private sector of the economy, only next to the Government.  The sector directly employed 250,000-300,000 people and was also a source of livelihood to backward and forward linkages and other supporting services. It was capable of producing over 1.5 billion linear meters of fabrics.
However, it currently employs about 25,000 direct employees and produces less than 250 million linear meters of fabrics. But still, the Nigerian textile industry is the largest in the sub-Saharan Africa after South Africa.
The industry is essentially raw material driven.  Nigeria has cotton and polyester base. On replacement basis, the installed textile manufacturing capacity represents investment of about US$ 2 billion.
The garment industry has a very small organized segment, which is involved in knitting, processing and production of knitted garments chiefly T-shirts and easy wears. A large segment is unorganized, consisting of fashion designing and tailoring outfits, which are involved mainly in cut, make, and trim (CMT) operations.
The textile and garment industry is highly labour intensive and for some time had been operating with old technology, which is now being upgraded with the Textile Upgradation Fund now put in place by Government.
At present, the Nigerian textile industry receives no subsidy in any form from the Government, except those involved in export that has some Export Expansion Grant (EEG). Unit cost of virtually all factors of production is high when compared with many other countries like India, China, Indonesia, and Pakistan. The industry’s major raw material – cotton, is sourced locally, and only a small quantity of long staple cotton is imported.
Although the cotton is sold to manufacturers at prices comparable to international price, it is available locally. Foreign fabrics had taken over 70 percent of the local market. Moreover, influx of second hand clothing also has a negative effect on the garment industry.
Meanwhile, the Government has promised it would revive the ailing Nigerian textile industry.  It is envisaged that it will impose higher tariff on imported fabrics to discourage importation; come out with package of incentive for local manufacturers.
The Government also intends to pass a local industry Patronage Bill – to ensure Government Agencies, Departments, and Parastatals patronize locally produced fabrics.  This bill is currently pending in the National Assembly.
The Government is also likely to sensitize the populace on patronage of made-in-Nigeria goods through the National Orientation Agency (NOA). It has currently made a provision of low interest rate finance for upgrading obsolete machineries.
With this Government intervention, it is envisaged that production could be doubled, i.e. about 500 million linear metres production, and employment would also go up to about 50,000 in the textile section alone.  Government projection is that over 85,000 workers would be employed in both the textile and garment sectors of the value chain by 2019.
Among the challenges faced by the Nigerian textile and garment industry are: massive smuggling of cheap foreign fabrics, garments and secondhand clothing; poor infrastructure – irregular supply of electricity from the national grid, non-functioning railway system, failed roads etc.; high cost of alternative sources of power, i.e. generating power/steam with AGO, gas and LPFO; inconsistency in government policy; and multiple taxation.
The Government currently indicates that it is having a holistic look at the challenges and would come out with master plan to solve the problems.  If this is done, there is bright prospect for the industry to come back on its feet.

What is the current scenario of the global textile industry? Where do you think ...

How do you foresee the prospects of Indian apparel market in 2014? Kindly...

As a designer label, how does Pure Pod see 'Sustainability' driving fashion and ...

Prashant Group has made itself synonymous to weaving solutions in Indian...

Considering the global economic scenario, how is the export market for ladies...