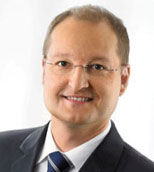 ‘RT3 motto is: Do not check millimetres, check colours.’

What new innovations did Rotorcraft exhibit at the recent textile machinery exhibition ITMA 2015 in Milan? How was the response?

We had an overwhelmingly successful exhibition at ITMA 2015 in Milan. We received positive response for both the upgraded version of RoCoS and the newly introduced top arm RT3.

RoCoS Premium Plus 1.21 HDC is the latest and ultimate in mechanical compact spinning. Its' features allow for a low end break rate at high speeds, while maintaining superior IPI values. Customers also appreciated the concept of 'Green Compacting' which, due to the lack of additional electricity consumption for low air pressure, is an inherent feature of RoCoS.

The revolutionary top arm RT3 was especially welcomed by mill managers, who immediately recognised the reliability and ease of handling, which the RT3 introduces to the mill. Fixed distances between the front and middle top roller eliminate human error that traditional top arms have due to manual distance setting. Change of distance between the front and middle top roller rollers is achieved by simple switching the roller holders, which are laid out in different coluors for easy identification. This switch takes only a few seconds per top arm. Therefore, the RT3 motto is: Don't check millimeters, check colours.

We are extremely satisfied, both with contracts concluded at the fair, as well as with the great interest of customers from all over the world and the new mill contacts we were able to establish.

‘Blending cultures is the true beauty of fashion, where one’s imagination is...

Bumaco deals in exclusive sector of Batik print fabrics. Can you give us an...

‘Sustainable fashion is trending upwards, slowly but surely, as people look to...

How important is the technology solutions sector for the garment & apparel...

What is your reading about the current world apparel market? What are the...

As an apparel maker and retailer in India, how do you see apparel retail...