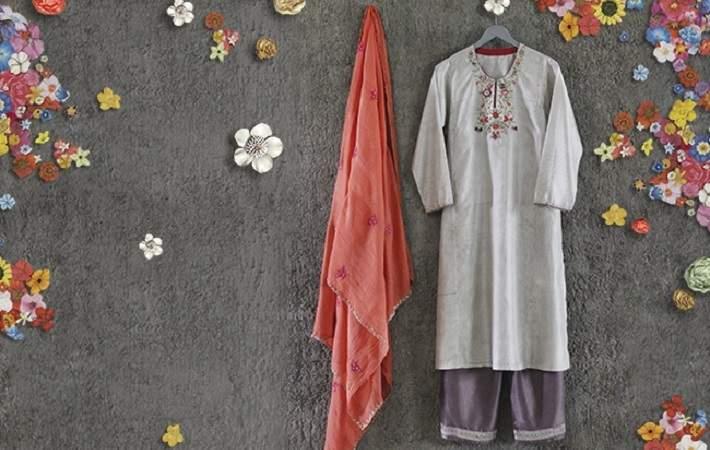 Courtesy: Shades of India
Buyers from the US and various European nations are looking for something special from India as they value handwork, fabric texturing, a soft feel, organic fibres, embroideries, metallic threads and foil printing that are difficult to find outside the country, according to Shades of India. However, price has become a major constraint on what can be done.

Cotton and voile are the most preferred fabrics in the US, while silk, tussar, velvet and linen sell the most in Europe and East Asia, Mandeep Nagi, design director of Shades of India told Fibre2Fashion.

When asked about how she plans to deal with rising prices, Nagi said that one method is to use a relatively less expensive fabric like linen-cotton and compensate with surface treatment that looks rich, but is less expensive.

Shades of India sources all its fabrics from various regions in India to make authentic pieces for its national as well as international clientele. “We source cotton from the south, silk from Bangalore, tussar silk from Baghalpore. We are always looking for new sources like hand weaves from Bengal or fine wool from Ladakh,” added Nagi.

Talking about her latest collection, she said, “Nazraana is a story based on the traditions of Awadh – the region rich in culture with its capital in Lucknow. Nazraana reflects the princely life of the court in the early 19th century, the beauty and independence of its women, the traditions of dance and music and the exquisite work found in its textiles. It was a centre of Indo-Persian culture that also absorbed influences from Europe.”

Besides fashion, Shades of India also deals in home furnishings and Nagi has found that Indians have become more conscious about their homes with changing times.

“Indians follow contemporary trends. They also want something that is brighter in colour than the naturals beloved in Europe and the US. But they are still uncertain how to combine colours, fabrics and textures. We specialise in providing that help. Interiors are now an important part of our business,” continued Nagi.

“There has been lots of growth reflected in both, the new apartments and homes that have come up and in people making changes in their apartments. This growth will continue – though on a bit of a roller coaster depending on the state of the economy and the money people feel they can spend,” added Nagi while talking about the growth of the home furnishings market of India.

The company recently launched a new brand called Neem by Shades of India in the US, which has received positive response in the country so far.

Speaking about the expansion plans, she said, “Our major markets in India are the metropolis. We want to expand into three or four more. We are also looking at strengthening our online presence. Abroad our major market is the US where we mainly pin our hopes on Neem by Shades of India. But we also have substantial private label work in the US – much of it in garments.” (KD)