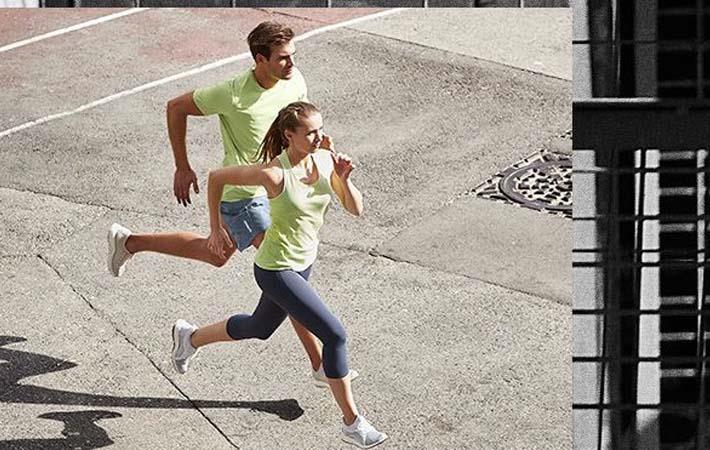 Courtesy: Adidas
Adidas, a leader in the sporting goods industry, has recorded 10 per cent increase in its currency-neutral revenue in the first quarter of fiscal 2018. This development reflects an 11 per cent increase at brand Adidas which was driven by double-digit increases in the running, football and training categories as well as at Adidas Originals.

The company's gross margin increased to 51.1 per cent (2017: 49.6%). This development was despite a significant currency headwind in the quarter, which was more than offset by the positive effects from a better pricing and product mix. Other operating expenses increased 2 per cent to €2.172 billion (2017: €2.122 billion). As a percentage of sales, other operating expenses went up to 39.1 per cent (2017: 39.0%), as significantly higher marketing investments were largely offset by strong operating overhead leverage. The company's operating profit increased 17 per cent to a level of € 746 million (2017: €637 million), resulting in an operating margin improvement to a level of 13.4 per cent (2017: 11.7%).

Net income from continuing operations was up 17 per cent to €542 million (2017: €462 million). Basic earnings per share from continuing operations soared 16 per cent to €2.65 (2017: €2.29). Net cash on March 31, 2018 amounted to €371 million (2017: net borrowings of € 859 million), representing an increase of €1.230 billion compared to the prior year. This development was driven by a decline in short-term borrowings on the back of working capital improvements as well as, to a lesser extent, the conversion of the convertible bond.

"We had a successful start to the year that was fully in line with our expectations. Our high-quality top-line growth was driven by our strategic focus areas North America, Greater China and e-commerce", said adidas CEO Kasper Rorsted. "At the same time, we managed to grow the bottom line significantly faster than the top line while continuing to invest into creating brand desire."

For 2018, Adidas continues to expect sales to increase at a rate of around 10 per cent on a currency-neutral basis, driven by double-digit growth in North America and Asia-Pacific. The company's gross margin is forecast to increase up to 50.7 per cent (2017: 50.4%). Gross margin will benefit from the positive effects of a more favourable pricing, channel and regional mix. These improvements will be partly offset by the negative impact from unfavourable currency movements as well as higher input costs. The operating margin is forecast to improve between to a level between 10.3-10.5 per cent (2017: 9.8%), reflecting the projected gross margin improvement as well as operating overhead leverage which is expected to overcompensate the planned increase in marketing investments. Net income from continuing operations is projected to increase to a level between €1.615 billion and € 1.675 billion. This development reflects an increase of between 13 per cent and 17 per cent compared to the prior year level of €1.430 billion, excluding the negative one-time tax impact recorded in 2017. (RR)