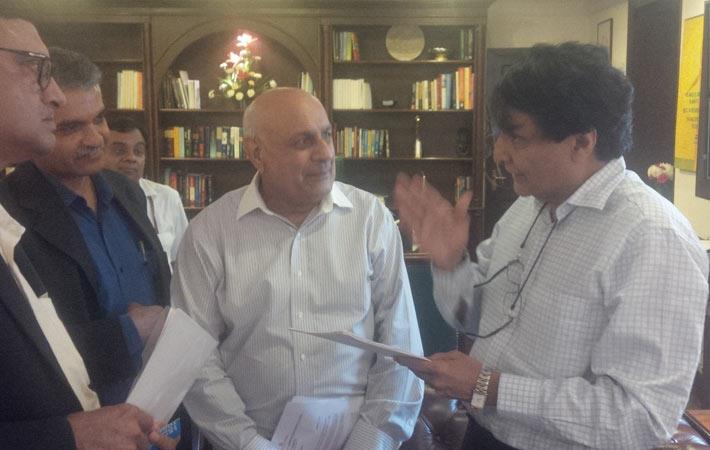 The AEPC delegation led by its vice chairman HKL Magu also informed the minister about the impact of overvalued rupee on the export growth, at a meeting held in New Delhi.

Exchange rate is an important competitiveness tool and citing the issue of depreciation in the value of currencies of the neighbouring countries like China, Bangladesh and Vietnam during the last six months, the council raised the issue of erosion of the cost competitiveness of Indian apparel Industry. A strong rupee has significantly diluted the impact of the Special package of Rs 6,000 crores for apparel industry and in order to encourage exports, it is necessary that rupee is depreciated in a calibrated manner to a level where India’s exports become competitive in the global market, urged the AEPC delegation.

Apparel Export Promotion Council (AEPC) apprised commerce minister Suresh Prabhu about the constraints being faced by apparel exporters towards increasing exports from India. The council spoke about the issue of non-reimbursement of embedded taxes under Rebate of State Levies (ROSL), Drawback scheme which is making the apparel industry non-competitive.#

“The principle of zero-rating of exports is uniformly followed by all countries across the world. However, such zero-rating of exports as prescribed in the GST law will not be complete and will be limited to refunding of input taxes as there are a number of GST taxes, which are invisible and embedded in the FOB value of exports, given the design of the Indian GST. Therefore, it is important that the refund of the blocked GST taxes should not be seen as an incentive, but as an enabler of trade neutrality. The minister has assured us every best possible support for the smooth growth of industry and we are hopeful that he will look into the concerns raised by the Industry,” said Ashok G Rajani, chairman, AEPC.

In its meeting with the commerce minister, the council members made suggestions about the export policy. In its submission to the minister, the council has suggested that the export policy should address the aspects of market disabilities and policy disabilities. While the market disabilities for the apparel industry in India includes the issues related to logistics cost and time, rigid labour regulations, lack of economies of scale and discrimination in export markets arising out of preferential trade agreements for competing countries in major markets such as the US and EU, the policy disabilities include tax and tariff policy which plays a major role in export performance.

The council in its meeting informed the minister that while the government uses various ways and means to neutralise market based disabilities, the duty drawback facility is usually used to neutralise any tax and tariff disabilities. The members further suggested that for ensuring taxes are not exported a system of Central and state drawback should be envisaged for the post-GST drawback system. In central drawback system, embedded CGST taxes in the exempt/excluded sectors, basic customs duties and Central excise duties on specified petroleum products should be included while in the state drawback system, embedded SGST taxes in the exempt/excluded sectors, State VAT on specified petroleum products, electricity duties, stamp duties and registration charges, motor vehicle taxes, mandi taxes, green taxes, property taxes etc., should be included. (KD)

Sankar M
LAKSHMI MACHINE WORKS LIMITED
LMW has changed the face of spinning solutions in India and ...
Ahammed Ali Babu
Blue Planet Knitwear Ltd
Our future plan is to work with at least 50 per cent of...
Sachin Shah
Avadat Group
The ultimate goal is to make Freakins a household name
Ritu Oberoi
Foresarees
Aim to convert all products into natural dyed ones
Barbara Biosah
Label - Dumebi
DUMEBI is for a confident woman from any and every...
J J Valaya
House of Valaya
J J Valaya has succeeded in making it big in the world of...
Sandeep Khosla
Abu Jani Sandeep Khosla
Abu Jani and Sandeep Khosla’s reputation extends far beyond ...