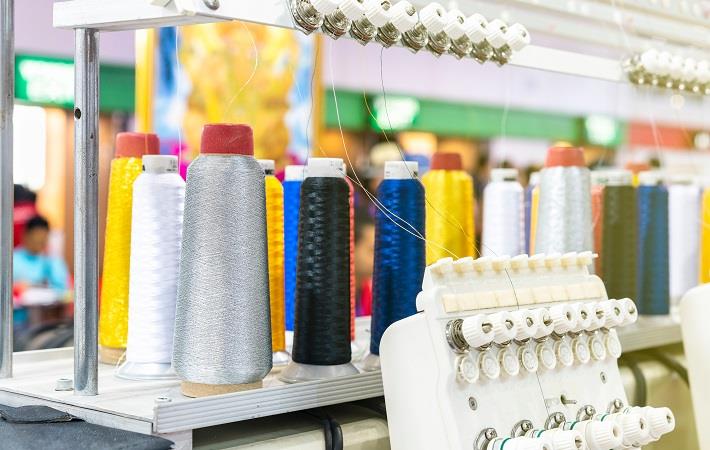 Pic: Shutterstock
The Apparel Export Promotion Council (AEPC) has requested the government to review the retrospective withdrawal of Merchandise Exports from India Scheme (MEIS), and reinstatement of the MEIS benefits up to March 31, 2020. Rebate of State and Central Taxes and Levies (RoSCTL) announced on March 7, 2019 was in addition to the MEIS benefits, AEPC said.

“The requested review of the retrospective withdrawal of the benefits will go a long way in ensuring the much needed growth of this sector and resultant creation of additional investment and employment, thereby fulfilling the dream of Prime Minister's vision in making India a $5 trillion economy,” AEPC chairman Dr A Sakthivel said in a press release.

Sakthivel also thanked the finance, commerce and textile ministers for announcing RoSCTL and other additional ad-hoc incentives to the apparel industry up to 1 per cent of the FOB value on January 14, 2020.

The Apparel Export Promotion Council (AEPC) has requested the government to review the retrospective withdrawal of Merchandise Exports from India Scheme (MEIS), and reinstatement of the MEIS benefits up to March 31, 2020. Rebate of State and Central Taxes and Levies (RoSCTL) announced on March 7, 2019 was in addition to the MEIS benefits, AEPC said.#

“RoSCTL was announced w.e.f. March 7, 2019 and which was to be in addition to the MEIS benefits available to the Industry at the rate of 4% (2%+2%),” said AEPC chairman in a letter to the Government.

Sharing the background of the schemes, Sakthivel said that the industry had been given RoSCTL and MEIS simultaneously as each scheme had a specific purpose—MEIS for infrastructural / logistics cost disadvantage and RoSL / RoSCTL for embedded state and central duties and taxes, not refunded through GST. In fact, RoSCTL scheme was a result of recommendations of the government appointed Drawback Committee to study and recommend suitable rates for refund of hidden and embedded taxes.

The industry has already taken these benefits of RoSCTL and MEIS into account in costing with the buyers as also in their tax-planning.  Hence, withdrawal of any of these benefits will have an immense effect on their working capital. For the majority in the MSME sector, it will impact the capacity to pay wages and salaries of workers and employers, the letter said.

"The apparel industry has shown consistent growth over the last few decades and apparel exports had reached $16.2 billion in the last financial year. The sector provides employment to 12.9 million, in which women contribute with 65-70 per cent of the total workforce. This industry is the largest manufacturing sector employer, and is a flag-bearer of the 'Beti Bachao, Beti Padaho' programme.  Therefore, we humbly request the government to kindly reinstate the benefits of MEIS up to March 31, 2020," said Dr Sakthivel.

John Roberts
Australian Wool Innovation Limited
Australian Merino wool is the world’s premium natural fibre
Mehma Singh
Reistor
Every single aspect of our garment is eco-friendly and...
Aditya Goyal
Anubha Industries
The resilience in the Indian textile industry is...
Chini Chouhan
CHINI C
Designs for every occasion
Amiben Shroff
Shrujan
A brand of modesty
Celestino Garcia
Mango
MANGO is an international brand dedicated to the design and ...
Ritu Beri
Ritu Beri
"The young Indian woman has evolved considerably and so has ...