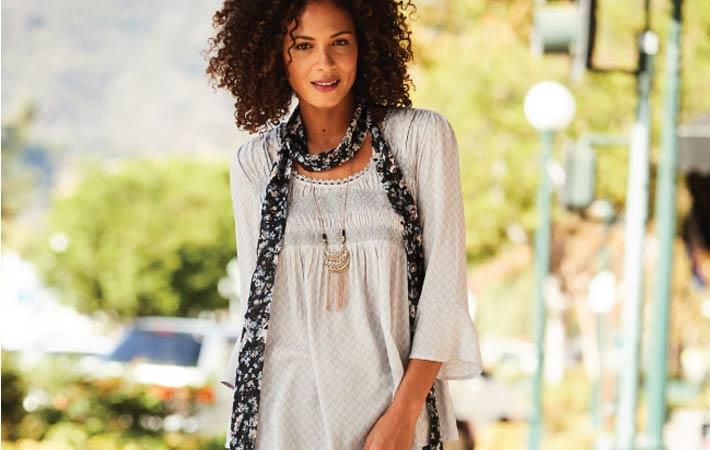 Courtesy: Ascena Retail
Ascena Retail Group has recorded net sales of $1.658 billion for Q4 of fiscal 2017 compared to $1.812 billion in the year-ago period. The decrease is due to 4 per cent decline in comparable sales which was caused by mid-single digit decline in average selling price and store traffic, offset in part by double-digit transaction growth in the direct channel.

The apparel marketer's gross margin on a GAAP basis decreased to $951 million, or 57.4 per cent of sales, for the fourth quarter of fiscal 2017 compared to $1,041 million, or 57.5 per cent of sales in the year-ago period. Gross margin dollars decreased year-on-year primarily as a result of the decline in comparable sales, along with the 53rd week included in the year-ago period, which represented approximately $48 million.

"Our fourth quarter adjusted earnings per share of five cents came in well above our guidance range, reflecting a modest easing of store traffic headwinds. To be clear, conditions remain challenging - store traffic was down mid-single digits for the quarter, and we are planning for this trend to continue for the foreseeable future. While comp sales performance was several points better than our guide, we were not pleased with the results, and we will not be satisfied until we deliver positive, sustained enterprise-level comp sales," said David Jaffe, chief executive officer of Ascena Retail Group.

"I am encouraged by the major, decisive actions our team has taken across all aspects of our business. As part of our transformation efforts, we are investing in leading edge planning and marketing capabilities to support top-line growth and improved margin, and we remain on track to deliver cost savings of $250-$300 million. Transformation-related expense efficiencies delivered to-date have provided a meaningful offset to the negative top-line environment, and we will continue to look to identify additional sources of cost savings as we aggressively transform Ascena into an agile competitor - one that can deliver sustainable growth in an environment that we expect to remain intensely competitive," Jaffe added.

"Last month, we announced a major change to the structure of our executive leadership team. This is an important part of our efforts to reinvigorate top-line growth, enhance our culture of performance and accountability, drive efficiencies and cost savings, and create sustainable shareholder value. This change has unified the leadership of all brands under Gary Muto, which will allow our customer-facing team to leverage Gary's expertise in fashion execution and customer experience to drive improved performance going forward," Jaffe concluded. (RR)