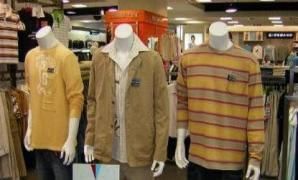 Japan depends to a great extent on Asian countries for its clothing needs, and these countries account for over 90 per cent of all apparel and accessories imports made by the country.

Japan depends to a great extent on Asian countries for its clothing needs, and these countries account for over 90 per cent of all apparel and #

However, the value of Japan's import of textile yarn and fabrics increased by 6.5 per cent year-on-year to 490.660 billion yen in April-September 2015. A bulk of these imports valued at 433.568 billion yen were supplied by the countries in the Asian region, with China alone accounting for 274.827 billion yen, while imports from Asean nations stood at 96.524 billion yen.

Japan imported yarn and fabric worth 33.998 billion yen from the EU countries, whereas its imports from the US were valued at 14.271 billion yen, during the first half of the current fiscal.

Rohan Shah
Truerevo
Extend our activewear products which can also be...
Virginia Zingone
Italian Kids Brands
Everything is imported from Italy
J Vargas
PT Badjatex
Focused on down-stream processing of our fabrics using less ...
Sarah Bellos
Stony Creek Colors
We are focused on scaling plant-based indigo
Anna Yang
Label - Annakiki
My style is futuristic minimal
Mr. Claudio Grotto
GAS
Claudio Grotto is the Managing Director and Founding...
Anjali Bhaskar
Samatvam
It's a great time to be in the industry