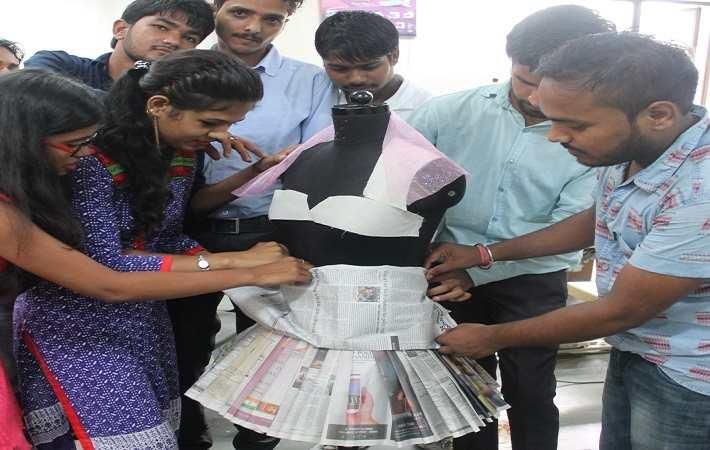 In fitting compliance with the Prime Minister's Skill India campaign, Apparel Training and Design Centre (ATDC), has trained more than 1,86,000 youth in various aspects of garment production under the Textile Ministry's Integrated Skill Development Scheme (ISDS) and is all set to cross the 2 lakh mark by October this year.

Not only did it manage to impart skills to hundreds of thousands of youth, ATDC, the country's biggest vocational trainer in garment sector, also successfully helped more than 70 % of them get jobs with apparel exporters, said Mr Ashok G Rajani, chairman of ATDC on the occasion of the first anniversary of Skill India campaign.
In fitting compliance with the Prime Minister's Skill India campaign, Apparel Training and Design Centre (ATDC), has trained more than 1,86,000 youth in various aspects of garment production under the Textile Ministry's Integrated Skill Development Scheme (ISDS) and is all set to cross the 2 lakh mark by October this year. Not only did it manage...#

'Skill India Campaign', as the name suggests, was launched in July 2015 with a vision to achieve the objective of skilling India with 'speed, scale and standards'. ATDC has been comprehensively contributing towards it by skilling hundreds of students every year especially in the 'sunrise' apparel or fashion industry in the country, an ATDC release quoting him said.

“The 2,00,000 mark is not far away and I congratulate the entire team…,” Mr Rajani said at one of the functions organized by ATDC across the country to mark the Skill India campaign anniversary, which is also observed as the UN world Youth Skill Day.

ATDC had organized a series of competitions and workshops in all its major centres – Gurgaon, Indore, Faridabad, Chennai Guindy, Patna, Okhla, Kanpur and Ranchi on the occasion. A mystery box contest marked the start of celebrations at the centers. Other competitions such as 'saree draping', 'jewellery making', 'fabric painting' and 'paper bag making', were also held to evaluate the trainees, the ATDC press release said.

Alumni meets were also arranged wherein the ex-trainees counseled the students, enabling them to choose a career path in apparel sector wisely. A large number of students and former students participated in the events and shared their experiences, thus adding to the spirit of the occasion.

“ATDC keeps organising different competitions from time to time to analyze each student's progress. This not only improves their skills but also instills in them a sense of doing better than before. I owe whatever I have achieved today to them”, said Manoj Kumar, an ATDC alumnus working as an Industrial Engineer with Modelama Exports in Gurgaon.

According to Dr Darlie Koshy, DG & CEO, ATDC, apparel sector has the unique potential to employ youth and women (18-50). The ATDC has such varied courses that in about 45 days the students are able to gain lifelong skills to earn and enjoy their work.

“With skills put to use they become productive and engage; arresting their attention from other nonproductive activities,” he said adding that the World Youth Skill Day emphasizes the need for equipping youth with employable skills so that they can contribute to the well-being of their family and of the country.

ATDC, which operates under the aegis of Apparel Export Promotion Council (AEPC) has since its inception in 1996 trained more than 2.5 lakh in line with its vision of "imparting skills and improving lives". It has 200 centres including 65 ATDC vocational institutes and over 135 ATDC-SMART centers and skill camps, the release said. (SH)