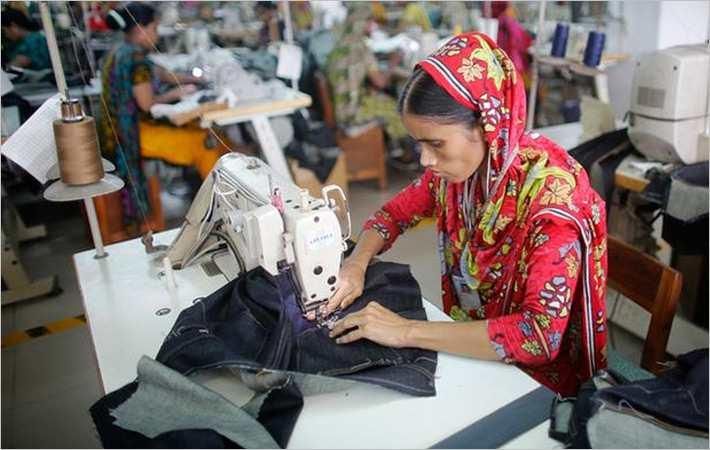 Readymade garment exports from Bangladesh increased by 7.17 per cent in July-September 2017 to $7.144 billion compared to exports of $6.665 billion in the corresponding months of the previous year, according to data from the Export Promotion Bureau. However, the percentage increase in garment exports was slightly lower than 7.23 per cent growth in overall exports from Bangladesh during the same period.

Category-wise, knitwear exports rose 10.18 per cent to $3.746 billion in first quarter of fiscal 2017-18, as against exports of $3.400 billion during the corresponding quarter of the previous fiscal, as per the data. Germany was the largest importer accounting for $806.149 million of all knitwear exported from Bangladesh, followed by the United Kingdom with imports of goods valued at $529.346 million.

Likewise, exports of woven apparel increased 4.04 per cent to $3.397 billion during the period under review, compared to exports of $3.265 billion during July-September 2016. The US was the largest importer with $938.852 million worth of woven clothing supplied by Bangladesh. Germany and the United Kingdom procured woven apparel valued at $486.939 million and $432.927 million, respectively.

Woven and knitted apparel and clothing accessories’ exports together accounted for 82.46 per cent of $8.662 billion worth of total exports made by Bangladesh during the three-month period.

In the previous fiscal that ended on June 30, 2017, garment exports from Bangladesh had increased 0.2 per cent year-on-year to $28.149 billion. The South Asian country has set the target of achieving $30.160 billion during the current financial year. (RKS)

Nishant Giri
Jindal Worldwide Limited
We expect the Government to come out with a better...
Ehsan Haque
NZ Tex Group
We are almost close to pre-pandemic levels of production.
Ilknur Biyik
Egyptian Cotton Hub
ECH is now planning to expand globally
Jatin Paul
WFX
WFX is moving fashion to a digital, sustainable &...
Catalin Valean
ATU BODY COUTURE
I always design to educate and not to please
Paola Masperi
Label - Mayamiko
We are season free and therefore timeless in our approach...
Niki Mehra Madan
Niki Mehra
I am my own style inspiration