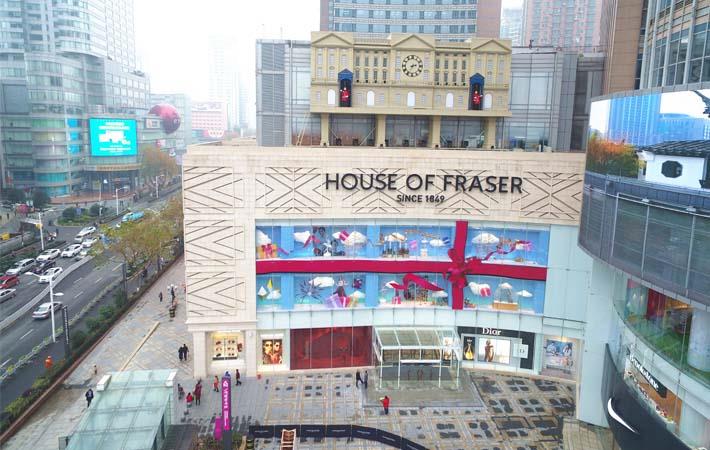 Courtesy: House of Fraser
Nanjing Cenbest, the parent company of House of Fraser, the UK and Ireland’s premium department store group, has announced that international retailer C.banner has entered into a conditional agreement to acquire a 51 per cent stake in House of Fraser Group Ltd. As part of the transaction, C.banner will subscribe for new shares in the company.

The transaction is expected to complete by the end of June 2018 and is subject to both bondholder and shareholder approvals. Post-transaction, existing shareholder, Nanjing Cenbest, part of the Sanpower Group, will remain a significant minority shareholder. The transaction will provide vital capital to accelerate transformation plans at House of Fraser.

Pending creditor approval, the store restructuring is expected to conclude in early 2019.

“With the support of Nanjing Cenbest and Sanpower, Alex Williamson and his team have made substantial progress on our transformation journey. However, we need to go further and faster if we are to confront the seismic shifts in the retail industry. There is a need to create a leaner business that better serves the rapidly changing behaviours of a customer base which increasingly shops channel agnostically. House of Fraser’s future will depend on creating the right portfolio of stores that are the right size and in the right location,” said Frank Slevin, chairman of House of Fraser. (RKS)