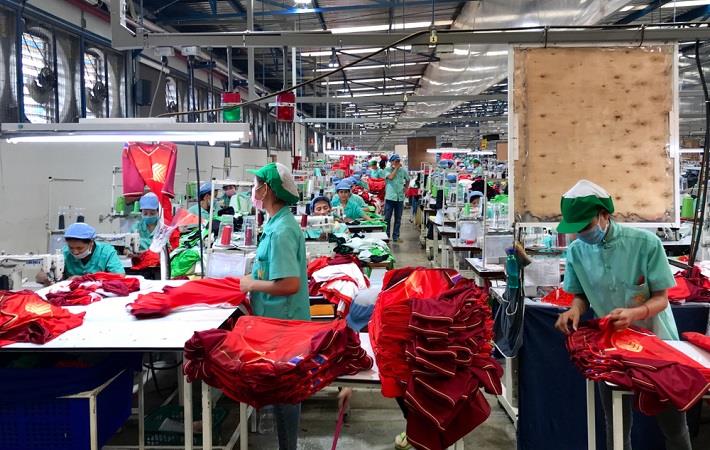 Pic: I Love Coffee dot Today / Shutterstock.com
The Garment Manufacturers Association in Cambodia (GMAC), the Cambodia Footwear Association (CFA), and the European Chamber of Commerce in Cambodia (EuroCham), have sent a joint reply to the European Parliament again appealing to postpone the August 16, 2020 scheduled partial withdrawal of Cambodia's Everything But Arms (EBA) trade preferences.

Chairman Lange’s letter was in response to a June 2 appeal by the three associations to the European Union to postpone the August 16, 2020 effective date of the partial withdrawal of Cambodia’s EBA trade benefits for twelve months due to the devastating impact of the COVID-19 pandemic in Cambodia.

"Since the beginning of the pandemic, some 400 factories in the Cambodian apparel, footwear and travel goods sectors have had to suspend operations, with most others operating at reduced capacity and in excess of 150,000 workers in the sector, most of whom are women, have already lost their jobs.  This number is likely to rise sharply in the coming weeks as numerous brands and retailers in Europe and North America have cancelled or delayed orders due to the drop in retail sales in Europe from the pandemic. Consequently, millions of Cambodian citizens could fall back into poverty due to this crisis," the joint letter said.

“We appreciate the response from Chair Lange of the European Parliament, and we are again asking him to consider that when the European Commission made its decision in February, that was done without any awareness of the coming impact of the COVID-19 pandemic,” GMAC's Ken Loo said in the letter. “We are asking that the European Union take a reasonable time to consider that impact now.”

The garment, footwear and travel goods sector is the largest employer in Cambodia, and supports around one million workers and their families.

“The European Union through EBA has become our largest market for footwear,” said Ben Kao, secretary general of the CFA. “Our factories and workers have suffered enormously from the pandemic, and many are trying to survive until demand, hopefully, resumes later in 2020. The blow from the withdrawal of EBA benefits could be a second blow that most factories will not be able to sustain.”

The associations have appealed to Chair Lange of the European Parliament that the decision should be delayed and a full impact assessment can be made of the EBA withdrawal coming on top of the pandemic. “As the European Union is Cambodia’s largest trade partner, we very much hope the European Commission will reconsider this decision. Since it was made before the pandemic hit, it seems clear that the fair thing to do is to assess how many Cambodian factories could go bankrupt by the scheduled loss of EBA, and how many workers and their families could return to poverty. There would be a regrettable result if this action is not stopped, and it will undermine the growing ties between Europe and Cambodia. The economy of Cambodia is simply not in a position to provide decent alternative jobs for those that will be displaced,” said Arnaud Darc of EuroCham.