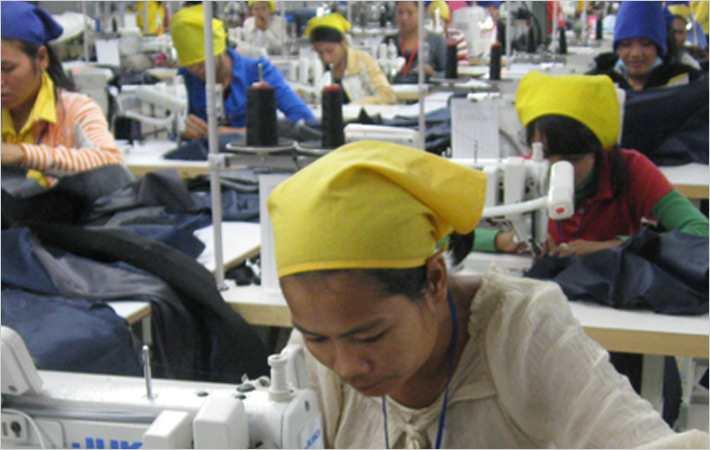 Garment workers in Cambodia would get a minimum wage of $153 per month from January 2017. This was decided by the Labour Advisory Committee (LAC) comprising representatives from the government, trade unions and employers. In recent years, the minimum wage has increased significantly from $66 per month in 2012 to $140 per month at present.

At the LAC meeting, 22 of its 24 members present voted in favour of the government's proposal to increase the minimum wage to $148 per month. The minimum wage of $171 proposed by trade unions received two votes, while $147 per month suggested by employers got no votes.

âThe result of our voting today is overwhelmingly in support of $148 and the head of the governmentâ¦ decided to add $5 more. So the minimum wage in 2017 is $153,â Labour minister Sam Heng told reporters at his ministry in Phnom Penh. Other benefits that workers have been receiving will remain unchanged.

The garment and footwear sector is very important for the Cambodian economy as it fetches $6 billion annually from exports.

The industry employs over 600,000 people, and the increase in minimum wage will help these workers raise their standard of living, the labour ministry said in a statement.

The new minimum wage falls short of expectations of trade unions. Last month, 17 unions agreed on a common wage demand of $179.60 based on living costs, inflation and social factors.

However, Cambodian garment factories face the risk of losing orders if salaries keep increasing. Already, the new minimum wage is more than double the minimum wage for garment workers in Bangladesh. (RKS)