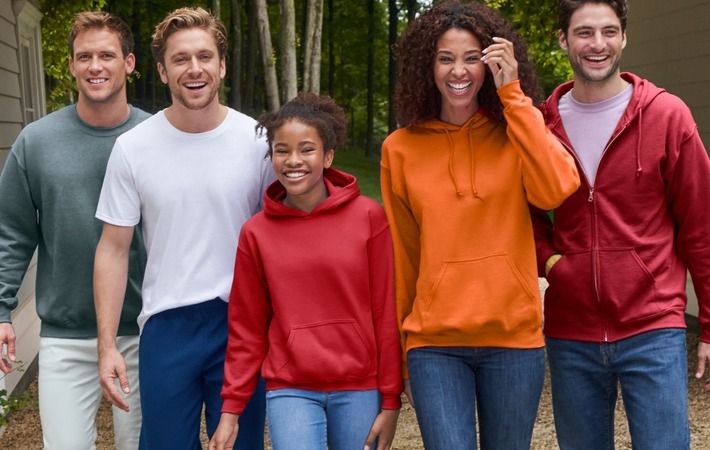 Pic: Gildan Activewear
Gildan Activewear, a Canadian manufacturer of branded clothing, posted 28.4 per cent sales growth to $589.6 million in its first quarter (Q1) FY21 ended on April 4, 2021, compared to sales of $459.1 million in the same period previous fiscal. The company’s net earnings for the quarter rose to $98.5 million (Q1 FY20: loss $99.3 million).
“Our first quarter results reflected a strong start to 2021 as continued benefits from our Back to Basics strategy supported sell-through across all channels and drove strong operating margin performance, allowing us to deliver net earnings significantly above prior year and first quarter 2019 levels,” Gildan's president and CEO, Glenn J Chamandy, said in a press release.
Gross profit during Q1 FY21 rose to $188.5 million ($106.5 million), while selling, general and administrative expenses were $73.4 million ($73.9 million). Gildan’s operating income for the three-month period was $113.8 million (operating loss: $92.3 million).
Sales of activewear product category for Q1 FY21 increased 30.1 per cent to $484.6 million ($372.6 million) driven by double digit unit sales volume growth in North American and international imprintables markets and activewear sold in retail channels, as well as favourable product-mix, partly offset by lower net selling prices. Whereas hosiery and underwear product sales were up 21.4 per cent to $105.0 million ($86.5 million).
Geographically, Gildan’s sales in US increased during the reported quarter 30.7 per cent to $508.7 million ($389.3 million). Sales in Canada jumped 38.7 per cent to $22.6 million ($16.3 million), and international sales rose 9.2 per cent to $58.3 million ($53.4 million).
“While large events have not yet restarted, we continue to be encouraged by the strength of our imprintables business and on the retail side we were pleased with strong double-digit growth in underwear and activewear sales compared to the first quarters of 2020 and 2019,”  Chamandy said.