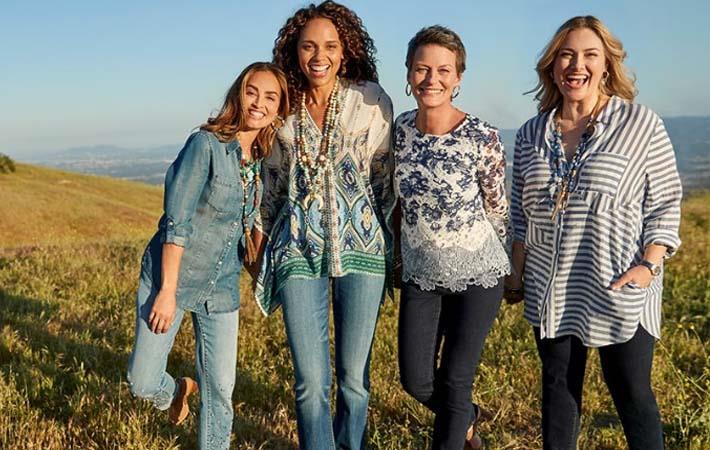 Courtesy: Chico's Fas
In the second quarter of fiscal 2018, net sales of Chico's Fas were $544.7 million compared to $578.6 million in last year. This decrease of 5.9 per cent reflects a comparable sales decline of 3.2 per cent, the unfavourable impact of the calendar shift due to the 53rd week in fiscal 2017, as well as the impact of 42 net store closures since last year.

For full-year fiscal 2018, the company continues to anticipate a mid-single digit decline in net sales and a low-to-mid single digit decline in consolidated comparable sales. The company expects gross margin rate expansion of approximately 50 basis points over fiscal 2017, which is within the company's previously provided range of an expansion of 50 to 70 basis points. The SG&A expenses will be approximately flat compared to fiscal 2017.

"Second quarter results were in-line with our expectations, reflecting momentum on our top-line initiatives," said Shelley Broader, CEO and president of the company. "New merchandise assortments are resonating with customers, and innovative advancements to our robust omni-channel platform are driving increased customer awareness and reactivation. We remain confident in the opportunities across our brands for profitable growth and value creation."