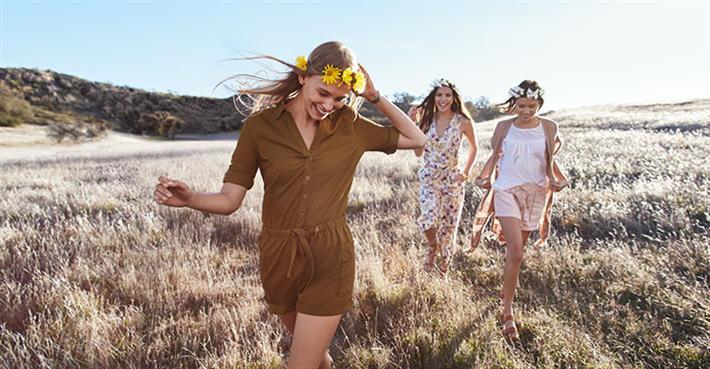 The EPS forecast for fiscal 2016 is derived after taking into account the impact of foreign currency fluctuations at current exchange rates, which is likely to affect growth in EPS by around 8 percentage points.

Fiscal 2015 capital expenditures were $726 million below Gap's prior guidance. For fiscal 2016, it expects capital spending to be approximately $650 million, with a continued focus on mobile and supply chain capabilities.

Gap ended fiscal 2015 with 3,721 store locations in 51 countries, of which 3,275 were company-operated. In fiscal 2016, the company expects to open about 40 company-operated stores, net of closures and repositions. (MCJ)

Lutfu Okman
Huntsman Textile Effects
We innovate to meet real industry needs
Barry Goodwin
Amba Projex
Grow in an organic non-forced way
Marzia Lanfranchi
Cotton Diaries
Sustainable cotton is the one that is co-created with all...
Vikash & Vishal Pacheriwal
Raisin
Critical thinking & strategising have to be your strongest...
Justicia Ruano
Brand - Mango
Mango can translate major trends into its own language
Jodi Gibbs
Label - Bird & Kite
I see sustainability as a journey, not a destination
Manish Malhotra
Label Manish Malhotra
Don’t take yourself too seriously