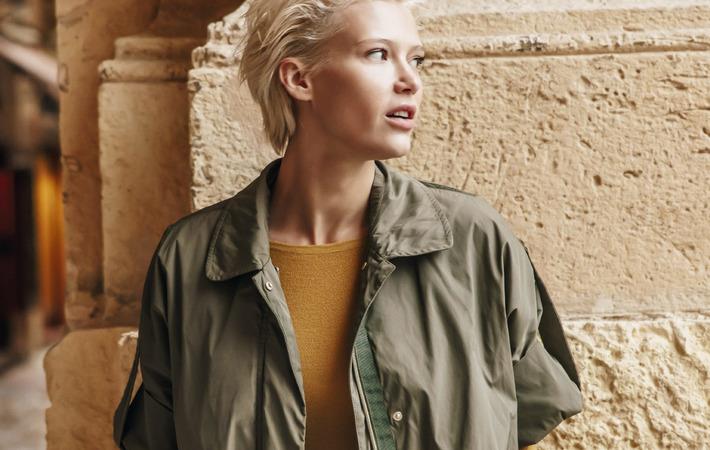 Pic: Geox
Geox, an Italian brand of shoe and clothing, reported 2.6 per cent decline in its sales to €805.9 million in fiscal 2019 ended on December 31, 2019 compared to €827.2 million in prior fiscal. Gross profit in FY19 were €398.8 million (FY18: €413.7 million). Company reported the performance was affected by reduction in wholesale and franchise channel.
“2019 was characterised by a particularly complex context. In addition to social and political tensions in a number of important markets (primarily France and Hong Kong) and significantly different relationships within the EU (due to Brexit), the entire sector has also had to face profound and continuous changes to consumers’ buying behaviour, with digital solutions becoming increasingly popular,” Livio Libralesso, CEO of Geox Group, said in a press release.
Sales generated by wholesale stores, representing 44.7 per cent of group revenues, amounted to €360.4 million in FY19. Sales generated by the franchising channel, which account for 10.5 per cent of group revenues, declined 14.3 per cent to €84.3 million. Sales generated by directly operated stores (DOS), representing 44.8 per cent of group sales, increased slightly to €361.1 million.
Sales in Italy rose 4.7 per cent to €228.4 million mainly due to the performance in the wholesale and franchising channels, which were affected by the rationalisation and distribution optimisation process in 2019, as company reported. Europe registered 2.9 per cent decrease in its sales to €344.2 million. Sales in North America fell 8.6 per cent to €46.2 million. However, there was 2.6 per cent sales growth in Rest of the World to €186.9 million.
Apparel sales improved 2.3 per cent in FY19 to €85.0 million compared to €83.1 million in prior year. Sales of Footwear fell 3.1 per cent to €720.8 million.
As of December 31, 2019, there were a total of 974 Geox shops, of which 454 were DOS. During 2019, Geox opened 68 new shops while 109 were closed, as reported.
The group in its future outlook stated that, considering the seriousness of the current situation, linked to the spread of the new coronavirus and uncertainties regarding the duration and the geographical areas that will be affected by the epidemic, it is currently extremely difficult to make predictions about 2020.

Geox, an Italian brand of shoe and clothing, reported 2.6 per cent decline in its sales to â¬805.9 million in fiscal 2019 ended on December 31, 2019 compared to â¬827.2 million in prior fiscal. Gross profit in FY19 were â¬398.8 million (FY18: â¬413.7 million). Company reported the performance was affected by reduction in wholesale and franchise channel.
More GEOX News... More Apparel/Garments News - Italy...