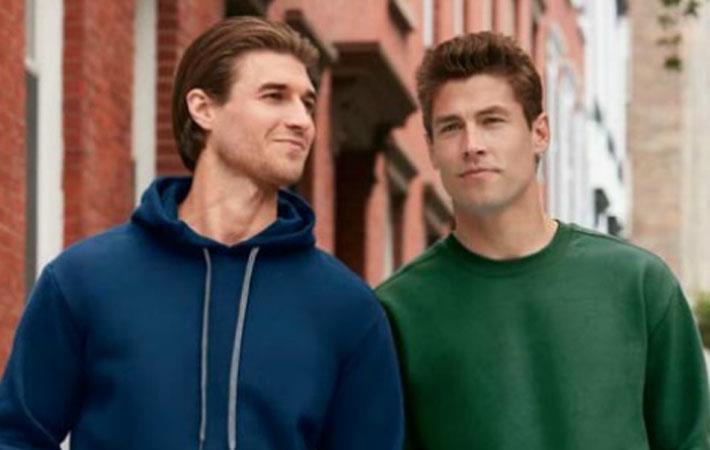 Courtesy: Gildan Activewear
Gildan Activewear has reported adjusted EPS of $0.52 per share on a diluted basis for the second quarter of 2018, up 6.1 per cent from $0.49 per share on a diluted basis in the same quarter last year. The increase was mainly due to higher sales and the benefit of a lower share count compared to the prior year, partly offset by a lower operating margin.

The net sales of Canada-based company were $764.2 million in the second quarter, up 6.8 per cent compared to the prior year driven by a 17.3 per cent increase in activewear sales. The increase in activewear was driven by strong shipments of imprintable products, as well as increased shipments to global lifestyle brand customers and retailers. International sales in the second quarter were up 35.2 per cent, reflecting strong growth momentum across all markets.

Net sales of $1,411.5 million for the six months ended July 1, 2018 were up $30.8 million, or 2.2 per cent compared to the same period last year. The sales increase was driven by a 10.5 per cent increase in activewear sales, partly offset by a 22.2% decline in the hosiery and underwear sales category.

As a percentage of sales, SG&A expenses for the second quarter were 12.0 per cent, down 50 basis points from the prior year quarter.  The improvement was mainly due to the benefit of cost reductions resulting from the company's recent organisational consolidation, which more than offset increased costs related to the enhancement of the company's e-commerce and distribution capabilities.

SG&A expenses as a percentage of sales for the first half of the year were 13.1 per cent slightly up from 12.9 per cent in the same period last year, primarily due to planned increases in expenses related to the enhancement of e-commerce and distribution capabilities, partly offset by cost reductions resulting from the company's recent organisational consolidation.

For the second quarter of 2018, the company generated operating income of $121.0 million and adjusted operating income of $124.0 million, flat compared to the same period last year. Operating margin of 15.8 per cent and adjusted operating margin of 16.2 per cent were both down 110 basis points compared to the second quarter of 2017 reflecting the decline in gross margin partly offset by SG&A leverage.

For fiscal 2018, diluted EPS is likely to be in the range of $1.85 to $1.90 compared to its previous guidance of $1.80 to $1.90. Net sales growth is now projected to be in the mid-single-digit range, the upper end of the company's previous range of low to mid-single digit growth. The company expects adjusted EBITDA to be in the range of $605 to $620 million compared to $595 to $620 million previously, and free cash flow for 2018 is now expected to be in excess of $425 million for the year, higher than its previous estimate of in excess of $400 million. Guidance for capital expenditures remains at approximately $125 million for 2018. (RR)