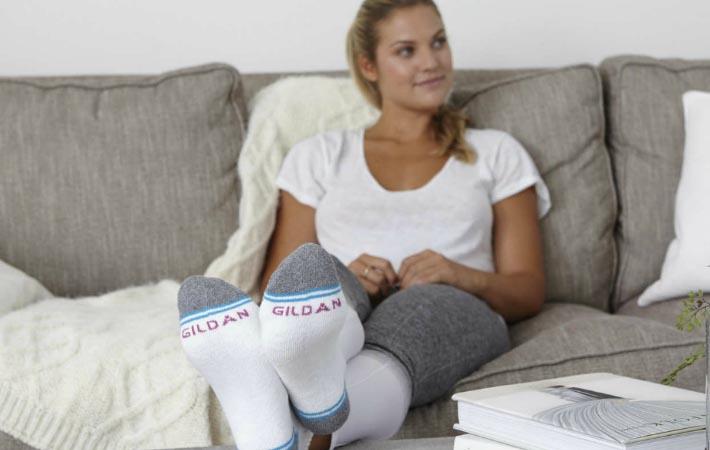 Courtesy: Gildan
Gildan Activewear, a leading manufacturer of everyday basic apparel, has registered net sales of $754.4 million in Q3 ending September 30, 2018, a growth of 5.3 per cent compared to the same quarter of last year. While there was double digit growth in activewear, the overall sales growth was constrained due to hurricane Florence in the month of September.
International sales were up 28 per cent with free cash flow of $118.4 million generated in the quarter. The company secured large private label underwear programme for 2019 and got 150 basis points of SG&A leverage.
The net sales were driven by a 12.1 per cent increase in activewear sales, partly offset by a 16.6 per cent decline in the hosiery and underwear category. The increase in the activewear category, where the company generated $612.4 million in sales for the quarter, was driven by higher unit sales volume and net selling prices. Activewear unit volume growth reflected higher shipments of imprintable products, including fashion basics, combined with higher unit sales of global lifestyle brand products and a 27.6 per cent increase in international sales. The decline in the smaller hosiery and underwear category, of 142.0 million in overall sales, was mainly due to lower sock volumes, primarily in mass, and lower licensed brand sales. Distribution disruptions due to the impact of hurricane Florence resulted in approximately $15 million in lost sales in the category.
Gildan narrowed its projected adjusted diluted EPS range for the full year from $1.85 to $1.87, within its previous range of $1.85 to $1.90. The company continues to project net sales growth for the full year to be in the mid-single-digit range driven by expected double digit growth in activewear sales. After incorporating the impact of lost orders as a result of shipping limitations caused by hurricane Florence during the third quarter and lower than previously anticipated licensed brand sock sales, the company is now projecting sales in the hosiery and underwear category to be down approximately $125 million for the full year compared to its previous projection of a decline of approximately $85 million. (PC)

Gildan Activewear, a leading manufacturer of everyday basic apparel, has registered net sales of $754.4 million in Q3 ending September 30, 2018, a growth of 5.3 per cent compared to the same quarter of last year. While there was double digit growth in activewear, the overall sales growth was constrained due to hurricane Florence in the month of September.
More Gildan Activewear Inc News... More Apparel/Garments News - United States Of America...