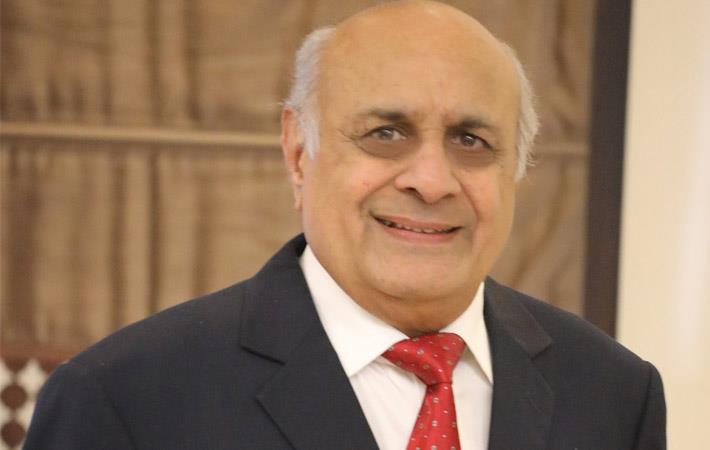 HKL Magu; Courtesy: AEPC
HKL Magu, managing partner of Jyoti Apparels, has assumed office as the new chairman of the Apparel Export Promotion Council (AEPC) for the period 2018-20. Before assuming charge as the chairman of AEPC, he was holding the position of vice chairman of the council. He took over from Ashok Rajani at the conclusion of the council’s executive committee meeting.

With over 40 years of experience, Magu is a veteran and patriarch of the apparel and textiles industry in India. He is among the early few players of apparel and textiles industry who gave their time, devotion and allegiance for the growth of the industry as a whole. He has always been very instrumental and influential in getting various incentives and subsidy schemes from the Central as well as state governments.

Highlighting his vision for the apparel Industry, Magu said, “These are challenging times for the industry with global headwinds blowing over us. The industry has not been able to cope-up with the sudden dilution of DBK and ROSL rates and is still reeling under the adverse impact of the move. Apparel sector has been recognised as one of the most important sectors for employment generation and for furthering the growth of the sector, our Prime Minister has given the ‘5F’ Formula - Farm to fibre; fibre to fabric; fabric to fashion; fashion to foreign but 2017 has been an extremely difficult year for us and the export data of the last two months indicate towards a trend of declining exports.

“We are hopeful that in the new year Government will extend the necessary support to the sector, in the form of continuation old DBK rates and RoSL rates till June 2018 which would help us in making the Indian apparel industry the most competitive industry globally. Only then, the vision of our Prime Minister would be realised.”

In his illustrious career of over four decades, Magu has held various positions such as the president of Garment Exporters Association (GEA), chairman of Finance & Budget sub-committee, AEPC, and has also served on the Board of Governors of Apparel Training & Design Centers (ATDC). He has been a recipient of Certificate of Merit from President of India for doubling the exports during the year 1993-94 and has also served as the Member of the Grievance Committee of Director General of Foreign Trade (DGFT).

Jyoti Apparels is one of the oldest members of AEPC. Started in the year 1976 in Delhi, today Jyoti Apparels has manufacturing units in Gurgaon and Manesar as well. Jyoti Apparels (through its sister concern Magsons Exports) is the first organisation in garment sector to get the AEO certification in the year 2015. (RKS)