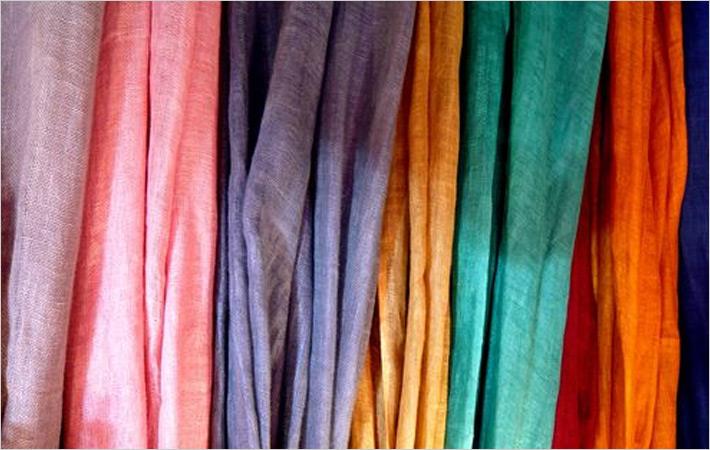 The Liberia National Tailors, Textiles, Garments and Allied Workers Union, has commended President Ellen Johnson Sirleaf for supporting and promoting the industry. During a meeting with the President, the Union said that since the official pronouncement of the 'Wear Your Pride' campaign by the Liberian leader during her annual address to the National Legislature, it has noticed a complete transformation in the textiles and garment sector.

According to the official government website Executive Mansion, the statement was made by the Union's President Lansana K. Dawon on Thursday at President Sirleaf's Foreign Ministry Office in Monrovia.
The Liberia National Tailors, Textiles, Garments and Allied Workers Union, has commended President Ellen Johnson Sirleaf for supporting and promoting the industry. During a meeting with the President, the Union said that since the official pronouncement of the 'Wear Your Pride' campaign by the Liberian leader during her annual address to the National#

He said more Liberians are now beginning to appreciate and love wearing Liberia's traditional country cloth thereby creating a market and job opportunities for weavers mainly from Lofa County. Dawson pointed that during the inauguration of President Sirleaf for her second term, she mandated the inaugural committee to grant the Tailors' Union the sewing contract to produce flags and other materials for the programme, which according to him brought relief to the institution financially.

He furthered, since the President Sirleaf's pronouncement, the Union has been having conversation with many Liberians Organizations in the diaspora especially in the US through their legal representative Kimma Wreh, Liberia Fashion Ambassador to the US to promote Liberian clothing abroad.

According to the website, Dawson praised President Sirleaf's continued support to the industry and appealed to her to help identify partners who will enhance their efforts aimed at promoting the industry.

In response, President Sirleaf applauded the Liberia National Tailors,
Textiles, Garments and Allied Workers Union for the commitment in promoting Liberia-made clothing but was quick to point out that there is much more to be done in the sector, stressing performance as key towards ensuring a sustainable market.

“You have done well but you need to connect with other counties and get fully established before extending outside of Liberia, which is a sign of growth,” she said.

The Liberian President pledged government's fullest support and commitment in promoting Liberian businesses - stressing quality and performance. She asked Commerce Minister Axel Addy to continue working with the Union to ensure that Liberian products are available in the market.

She assured the Union that once it takes inventory of schools and begin to produce uniforms of all schools, government will work with them to promote the industry.

Commerce Minister Addy stressed on the compelling need to change the Liberian story and assured the Union of government's commitment in lifting the industry to another level. (SH)

Dr. Jeff Trogolo
Sciessent
Expansion of athleisure has brought a strong demand for...
Vikash Rajpurohit
Vastra App (Charmeuse Technologies Pvt Ltd)
Our app is a holy grail for anybody working in the textile...
Sumit Gajjar
SHREEJI-TECH
India has potential to surpass China in low-cost...
Manoj Jain
Harbour 9
Our motto is to make premium fashion accessible to everyone
Bani Pasricha
Label - Bani Pasricha
we are trendsetters instead of trend followers.
Pierre Cardin
Pierre Cardin
Pierre Cardin is an Italian-born French fashion designer,...
Simona Rimkiene
Label - Not Perfect Linen
The beauty of linen is that it is not perfect