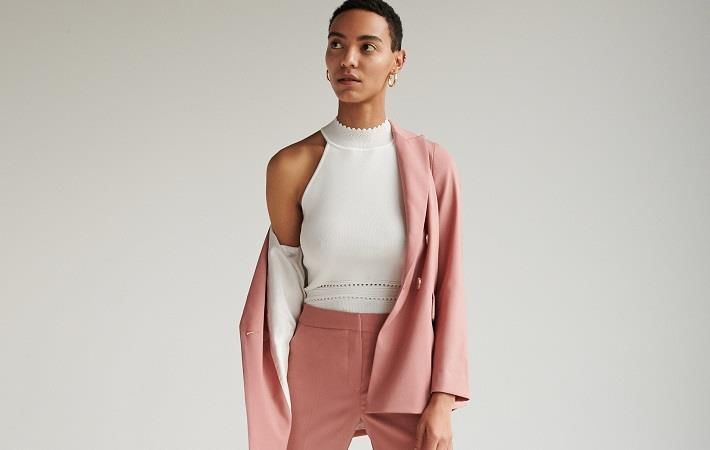 Pic: LPP/ Reserved
LPP SA, a Polish family business and one of the fastest growing clothing companies in central and eastern Europe, posted 13 per cent rise in net sales to PLN 9 billion (Poland currency Polish zloty) in FY19 (13 months). Revenue in fourth quarter (Q4) FY19 grew 15 per cent YoY to PLN 2.7 billion. Operating profit grew 16 per cent in FY19 to PLN 880 million.
"We have definitely had a successful year. For the first time in our history, revenues abroad exceeded those achieved in Poland. In 2019, they accounted for approximately 51 per cent of the group's sales. We are particularly satisfied with the younger brands reporting better and better results," Przemyslaw Lutkiewicz, vice president for finance, LPP SA, said in a press release.
"The increasing level of exports in our revenue structure shows not only that the collection has been adapted to the expectations of an international customer. Above all, it is a good step towards achieving our goal of building the position of LPP as a global brand," Lutkiewicz said.
Past year in LPP was also marked by omnichannel development. The company continued to develop its brick-and-mortar sales network, which after 2019 was extended by Bosnia and Herzegovina and Finland. In both countries, the company established its presence with the offer of all 5 brands. At the end of the year, the retail space is available on 25 markets.
In 2019, LPP also successfully launched an online offer in 14 new countries. Thus, the collections of the Polish manufacturer are available in this channel on 30 markets. Online sales in FY19 reported over 11 per cent of the entire group's revenues and, exceeding PLN 1 billion.
In FY19 LPP also intensively invested in technologies and the development of an integrated logistics system, adapted to the multi-channel sales model. The company implemented RFiD technology, i.e. a system of electronic tags, in its flagship brand, Reserved. A new fulfillment centre in Romania was also launched and is dedicated to handling e-commerce orders in the south east European region.
Upcoming fiscal 2020 promises to be equally intense for the company, as reported. LPP has stated another brand with a planned implementation of electronic tags is Mohito. For Q1 FY20, company reported that the supply network of LPP will be expanded by another fulfillment center in Slovakia. The company is also preparing to start construction of a distribution centre in Brzesc Kujawski, where about 1000 people will reportedly find employment. This year's direction of foreign expansion of the Polish clothing manufacturer will be North Macedonia, which will see the launch of the offer of all five brands in the brick-and-mortar stores network.