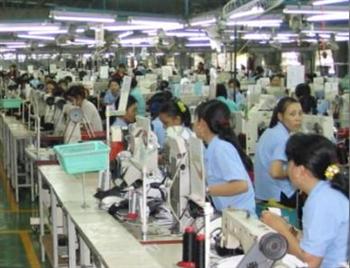 More than 2,100 people working in Cambodian garment factories fainted in 2012, according to a workers union, The Phnom Penh Post reported.
The Free Trade Union (FTU) President Chea Mony said bad fumes, combined with other factors like poor work environment and condition, long work hours and lower wages are responsible for poor health of the workers, which pushed the number of garment workers fainting in 29 factories during 2012 to 2,107, up from around 1,800 in 2011.
As per FTU’s findings, the Kampong Speu based Anful garment factory recorded the highest number of fainting incidences during 2012, with around 300 workers fainting due to spraying of insecticides.
However, Director of the Labour Health Department and Chief of the Ministry of Labour and Vocational Training’s committee to prevent fainting, Pok Vanthat said, according to his committee’s findings, the number of fainting incidences in 2012 declined to 1,686.
Vanthat said his figures are exact as they are based on the spending from the Social Security Fund for compensating expenses on workers’ treatment.
The FTU chief said the fainting incidents should induce the Government to pay increased attention to the matter. The Government did took up the issue for a while, after Prime Minister Hun Sen ordained Government action to avert such happenings in May 2012, however, the efforts failed to deliver any long-term results.
In October last year, the Ministry of Labour launched a campaign to educate factory workers about the causes of fainting, but according to labour activists the programme did not provide a solution to the problem.
Mr. Mony said instead of launching such schemes, the Government should have rather acted to ensure security benefits, healthy work environment and better remuneration for the workers.