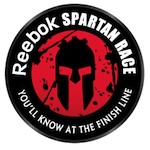 Reebok, the global fitness brand, and Spartan Race, the world’s leading obstacle racing series and Outside Magazine’s Best Obstacle Race in 2012, have announced a multi-year partnership. The collaboration marks Reebok’s commitment to one of the world’s newest and fastest growing sports – obstacle racing.

As part of the multi-year collaboration, Reebok will be the title sponsor for the global race series beginning with the first race of the season at Vail Lake Resort in Temecula, CA on January 26th and 27th, and the official apparel, footwear and accessories supplier for the Reebok Spartan Race series. In addition, the Reebok Spartan Race will be featured in the brand’s upcoming global marketing campaign – the first time obstacle racing has been featured in a major campaign. Reebok also plans to develop a range of products specifically created for the demands of Reebok Spartan Race athletes, which will be available in fall 2013.

The tie-up between the two brands is built on shared values about the future of fitness. Reebok’s mission is to change the way people perceive, experience and define fitness and empower them to be physically, socially and mentally fit for life. Spartan Race is the perfect partner to help spread this message.

Founded in 2010, the race series expects to attract 500,000 athletes in 2013, up from 350,000 in 2012, many of whom are people looking for a new alternative to more traditional forms of fitness.  Spartan Race currently has more than 2.3 million “likes” on Facebook and is one of the fastest growing series in the sport of obstacle racing.

Spartan is a timed event series featuring races at three escalating distances in locations worldwide. The series culminates in a world championship finale with a prize fund of over $500,000. As well as the competitive elite heats, Spartan Races are set up for all levels and ages of athlete to take part and engage in a new form of fitness.

“At Reebok, we recognize that the fitness landscape is changing. More and more, people are beginning to see fitness as part of their lifestyle rather than simply an activity, said Matt O’Toole, Chief Marketing Officer at Reebok.  “Spartan Race is at the forefront of this movement. It enables people to come together to experience fitness with a community of like-minded people – to take part in something that is challenging and daunting, but at the same time, inspiring and fun. This is what makes it so rewarding, and is a large part of what is fueling the incredible growth of the sport.”