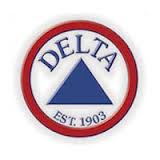 The Company’s second quarter benefitted from solid year-over-year sales growth in its Delta Catalog, Junkfood, The Game and Art Gun businesses. This growth was offset somewhat by continued softness in the Company’s Soffe business and lower selling prices within its FunTees and Delta Catalog businesses due to lower priced cotton.

Second quarter 2013 sales in the basics segment rose to $58.8 million, a 2.2% increase over the comparable 2012 period. The increase resulted from a 13.1% rise in basics segment volume, which was offset somewhat by lower average selling prices in both the Delta Catalog and FunTees businesses. The addition of new customers in the blank and private-label business was the principal driver of the volume increase.

Delta Catalog experienced a 15% increase in unit volume, driving 7.8% sales growth. Due to lower pricing, FunTees experienced a net sales decline of 7.3% despite a 6% increase in volume. Efficient use of new print programs using Delta Catalog blanks and the success of Delta’s Six Sigma initiatives in reducing manufacturing costs bolstered revenue and provided improved margins for the basics segment.

Branded segment sales for the second quarter were $47.9 million, up slightly from the prior year second quarter. Junkfood, The Game and Art Gun each experienced double-digit net sales growth, which was offset by continued weakness in the Soffe business. While Soffe’s strategic sporting goods channel gained new distribution and better product placement, its independent sporting goods business remained slow.