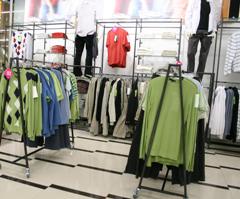 Clothing and textile traders in Spain have urged the Government to quickly implement measures to boost consumption and to curb job losses.
In 2012, Spanish retail sales declined by 6.8 percent year-on-year, the biggest drop since the global financial crisis about five years ago, according to the data of the National Institute of Statistics.
During the Christmas season in December, retail earnings dropped by 10.2 percent year-on-year.
The increase in Value Added Tax (VAT) is one of the main reasons for the drop in retail sales in 2012, according to Borja Oria, president of Business Association of Textile and Accessories Trade (Acotex), Spanish newspaper Expansión reported.
The Government should lower the VAT on apparels from the existing 21 percent to 16 or 18 percent and also take measures to reduce job losses, he said.
In addition to increase in VAT rate, stoppage of additional bonus to Government officials and high unemployment rate have together brought down consumer confidence to its lowest level, Oria said.
He added that low consumer confidence was also the reason behind an increase in sales during the discount season this year. Acotex estimates 40 percent of all retail apparel sales in 2012 were made during the discount season compared to 25 percent of sales during the previous year.