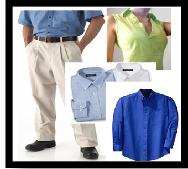 Intending to boost its presence in leading European markets, India’s Apparel Exports Promotion Council (AEPC) would participate in the buyer-seller meets scheduled to be held at Copenhagen, Denmark on May 6, at Iksat, Denmark, on May 7 and in London, UK on May 9 and 10.
Apparel exporters would convene a meeting with members of Garment Importers Association of Denmark, and would meet key buyers at the association’s Iksat based office.
They would also meet representatives of Garment Importers Association of UK in London on May 9.
AEPC plans to send a delegation of 22-24 members to attend these meetings in Denmark and London.
In addition to business-to-business meetings during the events, the Council has also invited buyers for personal meetings.
A statement from AEPC said there is immense scope for increasing exports of readymade garments to these markets. There are very good prospects for India for enhancing garment exports to the Scandinavian market, particularly Denmark, it added.
During 2011, Denmark imported about US$ 4.5 billion worth of garments, of which US$ 374 million worth of garments were imported from India.
Having UK as one of its leading apparel export destination, India contributed around US$ 1.74 billion to the UK’s overall garment imports of US$ 25 billion during 2011.
India’s apparel exports to countries in the European region are subjected to import duty of around 11.5 percent.
India’s apparel exports for 2011-12 totaled US$ 14 billion, 50 percent of which were destined to Europe.