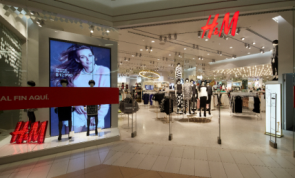 The Swedish multinational apparel-retailer Hennes & Mauritz (H&M) has submitted its application to Foreign Investment Promotion Board (FIPB) for opening 50 wholly-owned-single-brand-retail stores across India.

H&M is planning to make an investment of Rs. 7.2 billion in India as part of its expansion plans in the emerging countries, including India and China.

During the visit to India in February this year, Mr. Karl Johan Persson, CEO of H&M, said the company has studied India's single-brand retail policy for foreign direct investment (FDI) and it would comply with it.

He had added that India presents an interesting as well as huge market for H&M and the company is seeking to enter it for quite some time as the potential is enormous.

According to him, H&M would initially begin with few stores and then expand thereafter. He also informed that the company may offer something new to Indian consumers in terms of fashion apparels, including their quality and prices.

H&M would become the second Swedish retailer to apply for foraying in the Indian market, as IKEA’s Rs. 105 billion proposal has already been cleared by the Foreign Investment Promotion Board (FIPB) and is awaiting a final nod from the Cabinet Committee on Economic Affairs (CCEA).

Currently, the company has 2,800 stores spread across 49 markets and India will be 50th market for the brand.

According to the recent list of suppliers released by the company, about 31 percent, i.e. 311 of the total 993 factories that supply to H&M are from the four South Asian countries—India, Bangladesh, Pakistan and Sri Lanka.