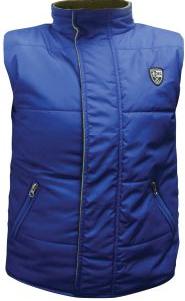 After the recent incident in Connecticut - US, which took away the life of 48 children in the country, there has been an increase in demand for protective or bullet proof clothing line for kids in the US.
Speaking to fibre2fashion, president of Bullet Proof Shop.com, Mr. Scott Van Der Veer said, “It is terrible to think that kids would need bullet proof protection. Though there is a need for bullet proof kidswear, it is selective.”
“In the US, the need for bulletproof kidswear is less than places like Mexico where it is getting pretty violent because of the drug trade,” he informs.
In view of the demand for protective kidswear line, the first ever protective kidswear apparel ‘Safety Vest’ was launched in Colombia recently. Miguel Calleballero, a bulletproof clothing company based in Bogota, Colombia, has produced the ballistic protective apparel specifically designed for children between 10 and 14 years of age.
Mr. Miguel Calleballero, president of the garment company, says, “The safety Vest is made of ballistic protection materials and rigid fibres. We have also added a special polymer viscous damping to reduce the trauma in the child’s body.”
"We began to study the behavior of children's body with specialized medical advisers and pediatricians, which allowed us to analyze the differences of children from the adult and we finally could release an effective solution applied to North America," he informs.
Safety Vest can be used as a shield and it is specifically designed for staffing at schools as a preventive measure in dangerous situations involving firearms. The protective garment includes utility pockets to carry identification, cell and dynamo flashlight and it also includes a ring to hang a whistle.
According to Mr. Calleballero, several factors were taken into account for the production of protective kidswear line that involves both child protection and product functionality to significantly reduce weight without affecting performance. “In order to provide the best performance and the highest quality, we conducted extensive laboratory testing with handguns, pistols and revolvers, that trauma result was around 8 mm,” he informs.