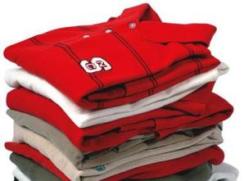 The proposed garment cities have immense potential to create jobs with comparatively low investment and less energy needs, according to the Pakistan Readymade Garment Manufacturers and Exporters Association (PRGMEA).
At a meeting called to finalise recommendations for the establishment of the garment cities, PRGMEA executive committee was of the view that garment cities generate four times the employment at one-fourth of the energy consumption compared to other textile sectors.
Countries like Vietnam, Cambodia and Indonesia are grabbing a major share in global garment market, while Bangladesh and India are also preparing themselves to pick up greater share, the statement said.
The proposed garment cities at Lahore, Faisalabad and Sialkot would enable manufacturers to compete in various garment categories, the committee felt.
PRGMEA central chairman Sajid Saleem Minhas, who had recently met Punjab Chief Minister, said the government would provide land, road infrastructure and labour colonies for the proposed garment cities, while the manufacturers would have to build their own production units.
The PRGMEA executive committee suggested that garment cities be established at five new cities—Multan, Gujranwala, Rawalpindi, Rahimyar Khan and Jhelum—in addition to the three cities where the garment cities are proposed to be set up across Punjab province.
Mr. Minhas said the Pakistan Government should give top priority to obtaining the EU’s GSP plus status, as it would increase exports by more than US$ 500 million and create over 25,000 new jobs every year.