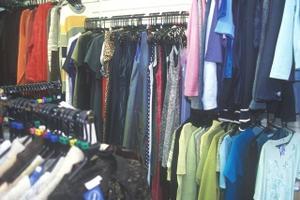 The exports of garments from the island nation of Sri Lanka to its major export destinations of the EU and the US recorded a remarkable growth of 30.7 percent year-on-year and 32.2 percent year-on-year, respectively, in September 2013, according to a press release issued by the Central Bank of Sri Lanka.
The sharp growth in Sri Lankan apparel exports to the EU and the US reflect the recovery in those economies, the statement said.
Sri Lanka’s textiles and garment sector as a whole posted a significant growth of 27.7 percent year-on-year during the month to register US$ 386.9 million, according to the Central Bank data.
From January to September 2013, Sri Lanka’s total textiles and apparel exports stood at US$ 3.126 billion, showing a rise of 5.2 percent over exports of US$ 2.972 billion made during the corresponding period of last year.
In 2012, Sri Lanka exported textiles and apparels worth US$ 3.8 billion, and the country has set a target of achieving US$ 4.1 billion in textiles and garment exports this year.
Meanwhile, Sri Lanka’s textile and clothing imports are showing a declining trend. In September 2013, the country imported textile goods worth US$ 174 million, registering a decrease of 3.1 percent year-on-year.
During the first nine months of the current year, Sri Lanka’s textile and garment imports declined by 8.6 percent to US$ 1.502 billion compared to imports of US$ 1.644 billion made during the same period last year.
Last month, Central Bank’s Governor Ajith Nivard Cabraal said the apparel manufacturing sector in Sri Lanka may face a shortage of skilled labour within the next 2-3 years, due to the country’s anticipated transition into a middle-income country, and advised the country’s garment industry to prepare for the changes in the same way as it prepared for dealing with the discontinuation of the GSP Plus.