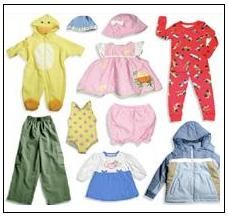 Kids apparel market in India is growing at a compound annual growth rate (CAGR) of 20 per cent, due to rising media exposure, high disposable income of the parents, peer pressure and brand consciousness among children, according to The Associated Chambers of Commerce & Industry of India (Assocham).
A recent paper on ‘Growing market for branded kid-wear in India’, released by Assocham, says India’s kidswear market is growing at 20 per cent per annum, which makes it one of the fastest growing markets.
According to the paper, India’s branded kidswear market is likely to reach Rs 95,000 crore by 2016 from the current level of about Rs 72,000 crore.
The paper points out that kids fashion has percolated down to Tier-II and Tier-III cities like Dehradun, Ludhiana, Pune, Nashik, Indore, Varanasi, etc.
Releasing the paper, DS Rawat, secretary general of Assocham, said, “Children have become brand conscious, parents have more money (thanks to double-income families in the cities) and peer pressure is growing. This is only segment which has not been impacted by the economic crisis and (is) poised for significant growth.”
Earlier, the trend was to buy functional kids’ apparel rather than branded; Children’s garments were usually purchased from small stores and from street shops, while branded garments were only bought by very high-income families, says the Assocham paper.
Top brands like Allen Solly, Arrow, Reebok, Puma, Woodland and Marks & Spencer have entered the branded kids’ apparel market. Moreover, brands like Benetton, Pantaloon and Reebok have roped in popular characters like Pucca, Ben10 and Power Rangers, giving a good time to kids.
Big brands are only now realising the true potential of kids segment in India’s apparel retail market. For example, sports goods major Reebok launched its kidswear brand Reebok Junior mid-last year.
Infact, brands are already developing categories such as infant wear, kids’ formal wear, kids’ ethnic wear, swim wear and casual wear, along with a wide range of other merchandise for children, adds the report.
Not to be left behind, Indian fashion designers are also eyeing this premium space, and stores like Kidology have sprung up. Some big business houses, including Pantaloon and Mahindra Retail are examining this market.
While brands are increasing their presence in kidswear market, there is another important change taking place in this area—the emergence of kids as an independent buyer group. Influenced by mass media and peer pressure, today’s kids are more informed and self-conscious, says Assocham paper.
Among other influences, the report says the launch of online sites for branded wear for age group 2-16 years, and the film industry are also having a huge influence on the ever-evolving fashion scenario in India. (RKS)