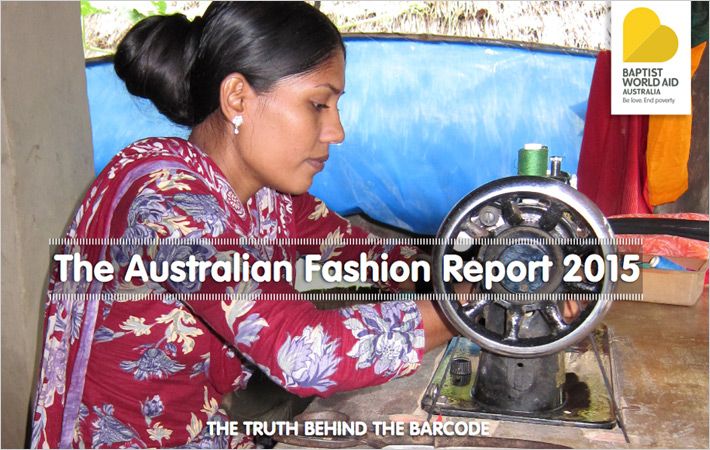 India’s textiles industry has come under fire in the 2015 Australian Fashion Report by the Baptist World Aid and Not For Sale for using child and forced labour in textiles production. According to the report titled ‘The Truth Behind The Barcode’, modern slavery and exploitation remain a significant concern in most apparel-producing regions around the world.

The report, released ahead of the second anniversary of the Rana Plaza tragedy in Bangladesh, says that certain areas of India are home to some of the worst incidences of child and forced labour. It highlights a practice known as the ‘Sumangali Scheme’ in Tamil Nadu which has forced many young women into labour bondage.

These schemes see recruiters target unmarried girls (as young as 14) from poor families, offering them work for a 3-5 year period with false promises of professional development, comfortable accommodation, adequate food and a lump sum payment at the conclusion of their contract, which will serve as a dowry. Once the girls arrive at the mills however, they face a very different reality. Many encounter terrible living and working conditions, poor food, lack of access to adequate sanitation, forced overtime, gender discrimination and sexual abuse. It is estimated that less than 35 per cent receive their lump sum payment.

The report also criticises Bangladesh where the abysmally low cost of production attracts garment producers. These low costs come with a hefty price, including the lowest manufacturing wages in the world ($68 per month) and a history of appalling, potentially life-threatening working conditions. The garment industry in Bangladesh employs four million workers, 85 per cent of whom are women.

The report assesses the ethical practices of 128 clothing brands and aims to empower consumers with the knowledge needed to purchase fashion ethically.

Nine out of 10 companies supplying clothes to Australian consumers do not know where their cotton is sourced and most fail to pay overseas workers enough to meet their basic needs.

According to the report, a mere 12 per cent of companies could demonstrate any action towards paying wages above the legal minimum, and even then, only for part of their supply chain. Furthermore, 91 per cent of companies still don’t know where all their cotton comes from, and 75 per cent don’t know the source of all their fabrics and inputs. If companies don’t know how and where their products are made, then there’s no way for them to ensure that their workers are protected.

Gershon Nimbalker, advocacy manager at Baptist World Aid said, “If companies don’t know, or don’t care, who is producing their clothes, it’s much harder to know whether workers are exploited or even enslaved.”

Jonothan Hirt, the Not For Sale Australia director said, “Consumers increasingly want to buy products that are ethically made. The Australian Fashion Report by Not For Sale and the Baptist World Aid Australia empowers buyers make informed decisions. Collectively, we can pressure companies to invest time and resources into investigating their supply chains.”

The Australian Fashion Report is the culmination of two years of research by Baptist World Aid Australia, an aid and development organisation with a strong advocacy programme and Not For Sale Australia, an anti-trafficking campaign based in San Francisco. (SH)