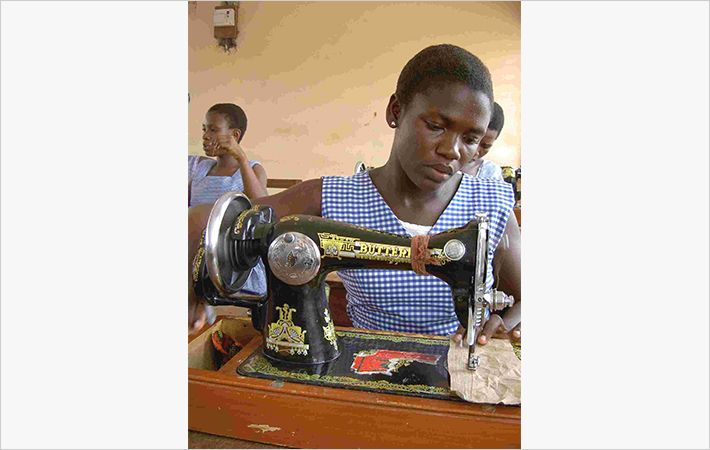 Courtesy: en.wikipedia.org
A new garment factory will come up in Osabene, near Koforidua, the capital of the Eastern Region province in southern part of Ghana.
A ground-breaking ceremony was recently held for the construction of the factory for the Eastern Region branch of the Ghana National Tailors and Dressmakers Association (GNTDA), according to Ghanaian media reports.
The factory being built at a cost of approximately $82,474 when complete would have stores, offices and guest houses, besides the production unit.
The factory would have 60 sewing machines and would produce clothing for the domestic as well as export markets.
In addition, the facility would also serve as a training centre for imparting and upgrading sewing skills.
Speaking on the occasion, Hopkin Appau, regional chairman of GNTDA, said the completion of the project would inspire people to take up garmenting as a profession.
Eric Tsikata, chief executive officer of K Arts Enterprise, urged GNTDA members to mobilise resources for early completion of the factory. (RKS)