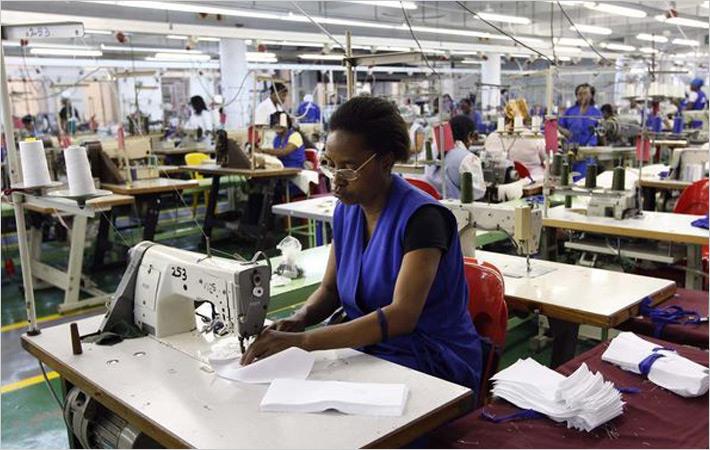 Nigerian garment workers are seeking higher wage and are demanding 48,000 naira (N) as the new minimum wage, according to Nigerian media reports.

Since the last devaluation of the national currency has already eroded the value of minimum wage, Issa Aremu, the general secretary of National Union of Textile Garment and Tailoring Workers of Nigeria (NUTGTWN) has requested president Muhammadu Buhari not to devaluate the currency further.

“The last time we signed the minimum wage, which is N18,000, which is the current rate, and this was between 2009 and 2010, this translated to $124. But now on account of depreciation alone, this $124 has dropped to less than $60. So wages have been completely eroded on account of devaluation. In nominal terms, if we are talking just on account of the exchange rate, the minimum wage which is currently N18,000 should be about N48,000,” said Aremu.

Nigerian garment workers are seeking higher wage and are demanding 48,000 naira (N) as the new minimum wage, according to Nigerian media reports.#

Aremu also recommended Buhari to urgently revisit the report of the 2014 National Conference and implement the holistic recommendations for the power sector instead of allowing the same unhelpful posting of high tariff by underperforming generating and distribution companies.

Aremu also appealed the federal government to review privatisation contracts with the electricity generation companies GenCos and DisCos, giving the firms a two-year timeframe to allow them stabilise and provide efficient power supply to Nigerians before they could contemplate any tariff increase.

“The point cannot be overstated. Between 30 per cent and 35 per cent of textile and garment manufacturing costs are energy related expenses. Without electricity, there can be no industrialisation,” he said in a statement. (NA)