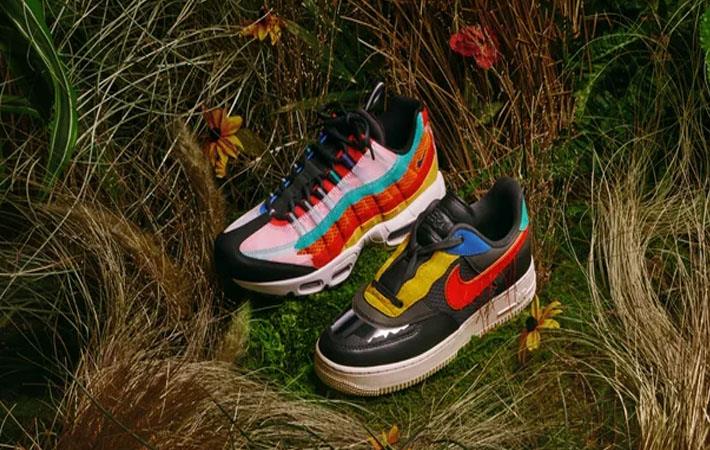 Pic: Nike
Nike has announced a series of senior leadership changes, elevating experienced leaders who will drive growth for the future. Nike, based near Beaverton, Oregon, is one of the world’s leading designer, marketer, and distributor of authentic athletic footwear, apparel, equipment, and accessories for a wide variety of sports and fitness activities.

Heidi O’Neill, president of Nike Direct, will become president of consumer and marketplace on April 1, 2020. Neill will succeed Elliott Hill, who is retiring from Nike. Andy Campion, currently executive vice president and chief financial officer, will become chief operating officer, also effective April 1, 2020. He will succeed Eric Sprunk, COO, who is retiring from Nike. Matthew Friend, currently CFO of operating segments and vice president of investor relations, will become the new CFO for Nike. Both Hill and Sprunk will remain with Nike until later this year, according to Nike.
Nike has announced a series of senior leadership changes, elevating experienced leaders who will drive growth for the future. Nike, based near Beaverton, Oregon, is one of the world's leading designer, marketer, and distributor of authentic athletic footwear, apparel, equipment, and accessories for a wide variety of sports and fitness activities.#

O’Neill will lead the Nike Brand’s four geographic operating regions: North America; Europe, Middle East and Africa (EMEA); Greater China; and Asia Pacific and Latin America (APLA). O’Neill will also lead Nike’s global sales and Nike Direct organisations. She has been with Nike for more than 21 years and has held senior roles including VP/GM of Nike Stores, VP/GM of Nike global women’s and training businesses and VP of US Apparel. Prior to Nike, O’Neill worked as director of marketing for Levi Strauss. She studied at the University of Colorado Boulder, before starting her career at the global advertising agency Foote, Cone & Belding.

Campion will lead Nike’s global technology and digital transformation, sourcing and manufacturing, demand and supply management, distribution and logistics, procurement, sustainability and workplace design and connectivity. He joined Nike in 2007 as VP of global planning and development and served in senior finance and strategy roles before becoming CFO in 2015. Prior to joining Nike, he held leadership roles in strategic planning, mergers and acquisitions, financial planning and analysis, operations planning, investor relations, and tax at The Walt Disney from 1996 to 2007. Campion holds a bachelor’s degree in economics from UCLA, an MBA from UCLA’s Anderson School of Management and a J.D. and LL.M. in Taxation from the University of San Diego School of Law.

Friend joined Nike in 2009, working on corporate strategy and corporate development, before being appointed CFO of Emerging Markets (now APLA) in 2011. He has served as CFO of global categories, product and functions; CFO of Global Brands and Functions; and CFO of the Nike brand. As of 2019, Friend has served as CFO of operating segments and VP of investor relations. Prior to joining Nike, he worked in the financial industry including roles as VP of investment banking and mergers and acquisitions at Goldman Sachs and Morgan Stanley. Friend has a bachelor’s degree in business administration from the Haas School of Business at the University of California, Berkeley.

“I am delighted to announce a series of leadership changes today which set up the company for continued growth and demonstrate the strength of the Nike management bench. O’Neill and Campion’s leadership has been instrumental in both evolving and driving Nike’s strategy over the last decade. In their new roles, we will see them have even greater impact on Nike’s success in the future. Friend brings more than ten years of Nike experience to the CFO role and will be a great addition to our executive leadership team,” John Donahoe, president and CEO of Nike.