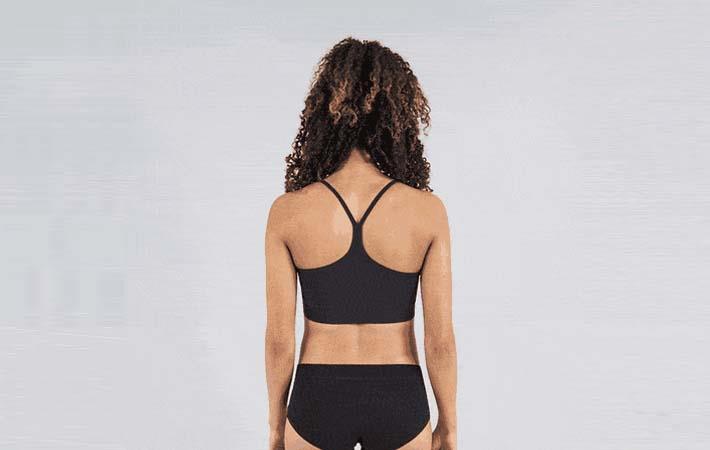 Courtesy: Kickstarter
Organic Basics has launched silver-infused undergarments for women, SilverTech, which regulate temperature, fight odour, and prolong time between washes. The technology will save on greenhouse gas emissions, water, and energy on a larger scale. Made out of soft organic cotton with silver too large to penetrate the skin, the undergarments are safe for use.
The undergarments have been launched on Kickstarter on April 12, 2017. They hope to reach their funding goal of $35,000. Men's SilverTech campaign has ended successfully on June 2, 2016, raising over $145,000.
The process of weaving 100 per cent silver with organic cotton has been developed by NASA for astronauts.
SilverTech looks to change the way clothes are made with their smart fabric. Their fabric has real, pure silver woven directly in, so it won't degrade in strength or wash out over time, unlike other similar products. By having pure silver integrated into the fabric, it becomes 99.9 percent effective at preventing bacterial growth. It also stops the growth of odour-causing bacteria, meaning their clothing needs less washes and gets more uses. They are currently selling socks, active bras, underwear, and t-shirts, all with their smart fabric that is kind to the skin.
"SilverTech is an innovative fabric technique in producing underwear. It was only a matter of time until we came out with a women's line of SilverTech underwear after our men's brand had such success. Silver plays a huge role in these products. It has been used in space suits and in the medical industry for many years due to its unique anti-bacterial capabilities," says Mads Fibiger Rasmussen, founder of Organic Basics. (SV)

Sustainability information is crucial for consumers when making...