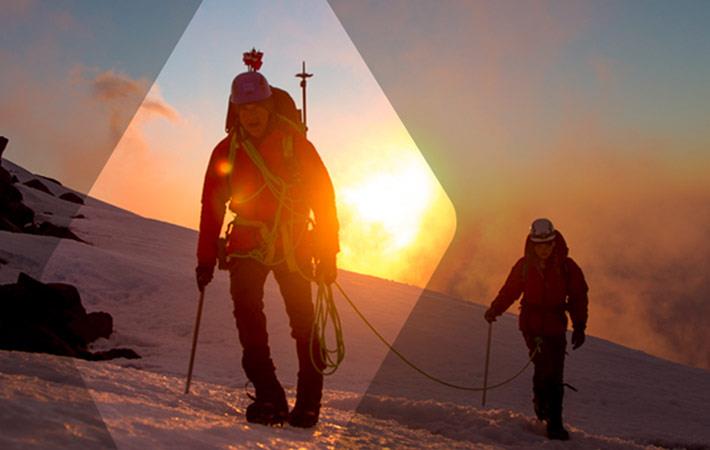 Courtesy: MtnLogic
MtnLogic is a new mountain apparel brand founded by Peter Whittaker, and developed with the help of over 60 RMI Expeditions mountain guides. The first collection from the clothing line includes 19 products, from technical power tee's and hoodies to jackets and pants for women and men. Each MtnLogic prototype has been put to the ultimate test.

The prototypes have logged a minimum of 100,000 vertical feet, for alpine workwear that combines logic, performance, and simplicity, said the company in a press release.

To create MtnLogic's alpine workwear, Peter Whittaker, MtnLogic founder and co-owner of RMI Expeditions, partnered with Polartec, a leading textile manufacturer for the outdoor industry. RMI Expeditions mountain guides helped select materials and features for the final products by determining what they needed most from their gear while out in the field for weeks or months at a time. After rigorous testing, the guides selected Polartec’s NeoShell, Power Wool, Alpha, and High Loft + Power Stretch Pro materials to make up the first collection of MtnLogic alpine workwear.

In discussing the motivation behind MtnLogic, Whittaker said that his family, which includes legendary mountaineers Jim and Lou Whittaker, has been guiding and climbing for over a half century and has collaborated with industry leading manufacturers along the way to improve the gear. "After years of teaming with manufacturers, and tagging a few summits along the way, we decided it was time to build our own apparel. Exactly the way we need it to function."

Whittaker has been climbing and guiding for over four decades. He has stood atop the Seven Summits, and has a wealth of knowledge on what gear performs best while working and playing outdoors. (KD)